For my latest Throwback Thursday, I once again go back to one of my absolute favourite series as I check out Extinction Machine by Jonathan Maberry, the fifth book in the exciting Joe Ledger series.

Long-term readers of this blog will be familiar with my recent obsession with the Joe Ledger thriller novels. The Joe Ledger series is one of the main bodies of work from bestselling author Jonathan Maberry, which follows a secret military organisation that targets any organisations or individual who attempts to utilise the latest science and technology for their own dangerous ends. I absolutely fell in love with this series in late 2018, when I read the 10th book, Deep Silence, and I have been slowly reading my way through the earlier Joe Ledger books ever since. So far, each of the Joe Ledger books I have read has been absolutely amazing novels, and I have awarded all of them a full five stars. I also recently read the first book in Maberry’s sequel Rogue Team International series, Rage, which was released a couple of months ago and which I consider to be amongst one of the best books (and audiobooks) of 2019. I am actually reviewing Extinction Machine a little out of order, as I have already reviewed the sixth book in the series, Code Zero, despite reading Extinction Machine first.

For years, Joe Ledger and the Department of Military Sciences (DMS) have faced off against some of the most advanced and devious weapons human ingenuity and insanity is capable of creating. However, what happens when they are forced to go up against something that is literally out of their world? In Extinction Machine, a series of strange and seemingly unrelated events begin occurring around the world. America’s leading weapons manufacturers are being targeted by elaborate computer attacks that are impossible to trace. An advanced prototype stealth fighter is destroyed during its test flight by an impossibly fast craft, while sightings of UFOs are occurring all around the world. In the midst of all this chaos, the impossible happens: the President of the United States vanishes from the White House. The only evidence of his abductors is a crop circle on the White House lawn.

Despite being officially sidelined by the corrupt Vice-President, the DMS attempts to investigate after receiving a strange message from the missing President promising unprecedented destruction. Ledger and his team soon find themselves caught in the midst of massive conspiracy involving alien technology and the deepest secret of America’s military industrial complex. Can the DMS uncover the full conspiracy before it is too late, or will the world tremble at the hands of mysterious beings who want their technology back?

Extinction Machine proved to be yet another thrilling and enjoyable entry in the Joe Ledger series, and I really had a great time listening to it. Maberry has produced another fantastic and elaborate story which utilises a number of his trademark and classic storytelling elements to produce a first-rate read. The reader is once again treated to a fast-paced and captivating narrative which is enhanced by the author’s clever use of different perspectives, point-of-view characters and time periods, which not only focus on the protagonists hunt for answers but also showcases all the fascinating aspects of the villain’s complex master plan. Extinction Machine also continues to feature some outstanding action sequences and a number of amazing and relatable protagonists, including the series’ titular character, Joe Ledger, whose ultra-sarcastic narration and half-broken psyche make him one of the most fascinating and enjoyable action heroes out there. All of these familiar elements have made the previous Joe Ledger books some of my favourite thrillers out there, so I quite enjoyed the fact that Maberry once again utilised them for Extinction Machine, especially as they were once again used to great effect to produce an overall excellent story.

In addition to using all the awesome trademark storytelling elements of the Joe Ledger series, Maberry also makes Extinction Machine stand out from the existing novels in the series by including several new and exciting plot inclusions. At the centre of this is a fantastic overarching story about alien craft that have crash landed on Earth sparking a long-term hidden arms race. This is a deeply fascinating main plot point for the book, which explores a vast and complex conspiracy theory that turns out to be true, as not only have the crashed alien craft allowed the world’s leading arms manufacturers to advance their technology at an accelerated rate, but now the world’s various superpowers all have top-secret programs aimed at obtaining certain alien components and using them to construct a working alien craft, known as a T-Craft. Maberry does an amazing job of introducing the full history and breadth of this alien technology conspiracy at an excellent pace, and it was really intriguing to see him craft an action-packed story around it as Ledger and his team must try to counter not only the antagonist’s plans to utilise the alien technology for their own twisted purposes but also the unexpected consequence of all this secret work. I also think that this story was an excellent way to introduce the concept of aliens into the series as a whole, especially as it is used again in some of the later books. Having Ledger straight up face off against aliens in this book (and presumably win) would have been a bit too much, even for a series that has so far featured genetically modified Nazis and vampires. But by having the protagonists deal with self-interested humans who have spent generations researching mysterious alien technology, Maberry is able to introduce the concept at a much more controlled pace which works a heck of a lot better.

There are a number of other amazing elements introduced or utilised in this novel that were a real highlight for me. These include a several excellent action set-pieces, including a well-choreographed fight sequence out in the woods between Ledger and a lethal hit team and a large-scale assault on the enemy’s compound; some cool new characters, including a major love interest for Ledger; and the first time political attacks hampered the DMS (which later becomes a recurring theme). I also liked the idea of Ledger and his team essentially going up against the Men in Black (known here as the Fixers), who are the henchmen for the book’s antagonists. The Fixers have some devastating alien technology which really help amp up some of the action scenes, and they are also able to pull of a pretty major attack against the DMS with it. Finally, I had a real laugh at the way that one of the main antagonists, the apparently most lethal member of the Fixers, is taken down, especially as Maberry telegraphs how it’s going to happen by mentioning a certain movie scene. All of these new elements are fantastic additions to the story, and I felt that they worked extremely well with the author’s existing writing style for the Joe Ledger books to create another awesome read.

While I really enjoyed Extinction Machine, I have to admit that it is probably my least favourite Joe Ledger book that I have read so far. To be fair, part of this might be because it falls between two of my absolute favourite entries in the series, Assassin’s Code and Code Zero, and I might be unfavourably comparing Extinction Machine to them (especially as I read these three books back-to-back in quick succession). However, in my opinion Extinction Machine’s story went a bit too slowly in places and it lacked the truly compelling villains that the other books in the series feature (even if the antagonists in this book do manage to pull off the biggest attack against DMS yet) all of which slightly tanked my enjoyment of this book. That being said, this is still an amazing read, and even my least favourite book in this series still deserves 4.75 out of 5 stars.

The audiobook is my format of choice for enjoying the Joe Ledger series, and I ended up listening to Extinction Machine over a couple of weeks while I was away travelling. The Extinction Machine audiobook runs for a little under 15 hours and is narrated by the incredible Ray Porter, who has leant his amazing vocal talents to all of the other Joe Ledger audiobooks. I have spent a lot of time over the last year singing the praises of Porter for his work with the Joe Ledger series; in my opinion, he is one of the best audiobook narrators out there. Porter has the rare ability to fully encapsulate the characters that he is voicing, and his perfect take on the character of Joe Ledger is so very impressive. Needless to say, he does another standout job with Extinction Machine, and I highly recommend this format to anyone interested in checking this book out.

Overall, I felt that Extinction Machine was another excellent addition to the Joe Ledger series, and I had a real blast checking it out. There are a lot of cool elements to this book, and I really liked where Maberry took the story this time around. This is a must-read for fans of the Joe Ledger series, and I would also highly recommend it to anyone looking for a fun and exciting science fiction thriller. 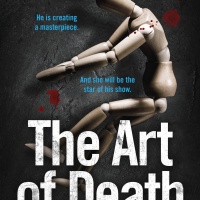 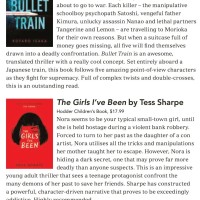