The future is a cyperpunk nightmare in Inscape, the fantastic and clever science fiction thriller debut from amazing author Louise Carey.

Years after an apocalyptic event, the world is now run by corporations who battle for control and influence.  One of the most powerful corporations is InTech, which sits on the cutting edge of a variety of technologies and advances and which does not take any prisoners in their war for dominance.  When a valuable piece of information is stolen, InTech sends a team of agents into the unaffiliated zone to retrieve them.  However, only one agent will return alive and unharmed.

Tanta has spent her entire life training to work and fight for InTech.  An orphan who was raised solely because of the company’s good will, Tanta is crushed when her first mission ends in near failure.  Attacked by a mysterious enemy agent with advanced weapons technology, Tanta is barely able to survive and is subsequently tasked with retrieving the information that the thief stole.  Teaming up with an unconventional technical genius, Cole, Tanta begins her investigation, only to discover that someone is attacking InTech’s interests around their city.

Believing the culprits to be working for a rival corporation, Tanta and Cole attempt a dangerous infiltration into their city.  However, their mission quickly runs into problems when their contact is captured and Tanta’s tech appears to be compromised.  Attempting to survive in enemy territory, the two InTech agents engage in a risky heist to find answers.  But with all evidence pointing to a traitor high up in InTech’s ranks, can Tanta and Cole survive their dangerous mission, or will secrets from both their pasts destroy them and everything they love?

I am really glad that I decided to check this cool debut out as it ended up being a pretty impressive science fiction read.  Inscape was the first solo novel from author Louise Carey, who has previously written several novels and comics with her father, comic author Mike Carey, and her mother, Linda Carey.  Carey has come up with an exciting and compelling read in her first novel, especially as it combines an excellent science fiction thriller storyline with some great characters and an inventive and unique cyberpunk setting.

At the centre of this fantastic debut is an outstanding narrative that combines an electrifying spy thriller novel with some compelling science fiction.  Carey starts Inscape off quickly, with Tanta and her comrades brutally attacked by a dangerous enemy agent out while trying to recover some stolen files.  After this great opening scene, which sets up most of the narrative perfectly, Tanta is chucked into the midst of a massive conspiracy which sees her beloved corporation under attack, and which requires her to find who stole the files and for what purpose.  The rest of the novel is captivating and clever, as readers become engrossed by Inscape’s fantastic thriller elements as the protagonists attempt to get to the bottom of the conspiracy, which includes an extended undercover sequence where they infiltrate a rival corporation’s city to discover what they know.  This entire awesome sequence, which takes nearly a third of the novel, is extremely exciting, as Tanta and Cole are forced to rely on the minimal of resources to not only survive but to also pull off a daring prison break.  I really fell in love with this novel during this part of the story, and Carey makes sure to end it with an amazing conclusion which sees some major secrets come out and significant developments moments occur for the main characters.  I felt that the author wrapped Inscape up perfectly and readers will deeply enjoy where the story leaves off, especially as there are some great hints as to where the series will go from here.

One of the key things that I really loved about Inscape was the amazingly inventive and distinctive cyberpunk themed world that Carey created as a background to her awesome story.  The world of Inscape is set several years after an apocalyptic technological event which left much of the world in ruins.  Most civilisation now revolves around massive corporations who manage cities and safe zones while monitoring their citizens and assigning resources to the most useful.  There were also some intriguing pieces of technology introduced in this novel, such as the communications and information devices built into everyone’s heads, known as scapes, which serve as a key part of Inscape’s story.  This was an impressive and well-designed science fiction setting, and I enjoyed the cool blend of advanced technology, changing social norms and predictions of future corporate control.  I felt that Carey did an amazing job of introducing information and key points about the setting and advanced technology as the novel progresses, and it proves to be an excellent backdrop to Inscape.  I also appreciated the way in which technology like the scapes are utilised throughout the story as the instantaneous communication and information they contain help to enhance some of the action orientated scenes as well as amp up the intrigue and connections between characters.  You also occasionally get the opposite effects where this technology is deactivated and the protagonists are forced to rely on their own senses, which can be rather jarring for them.  Carey works in some compelling discussions about over-reliance on technology, free will and corporate greed throughout Inscape, all of which adds a darker and fascinating edge to the entire story.  All of this makes Inscape a very intriguing read that fans of science fiction and cyberpunk will deeply enjoy.

Another wonderful aspect of Inscape was the fantastic characters featured within, particularly the three main point-of-view characters.  Carey makes excellent use of multiple character perspectives throughout the novel to provide compelling alternate viewpoints of key events and character actions, which I felt really added a lot to the overall narrative.  In addition, the author introduces several amazing characters, most of whom either have a compelling base to their unique personalities or who go through some substantial development throughout the course of the novel.

The most prominent of these is central protagonist Tantra, a young woman who was raised by InTech since she was orphaned and who has been training all her life to be an agent for them.  Tantra starts the novel as a particularly zealous and passionate character who is unquestionably loyal to her corporation and her handler, Jen.  A skilled survivor, fighter and intuitive investigator, Tantra serves as a great protagonist for the early part of the novel, as she swiftly and efficiently begins the hunt for the person who is attacking her beloved InTech.  However, as the novel progresses, Tantra goes through some substantial changes, especially after she discovers some harsh truths about InTech and herself.  While this turns her into a much more likeable and free-spirited person, it does raise certain questions about Tantra’s true self and her motivations, which is rather intriguing and captivating to see.  Tantra is a fairly badass character throughout the entirety of Inscape, and I deeply enjoyed her intensity, intelligence, capacity for violence and acting abilities, the last of which results in a couple of fun scenes.  I also enjoyed how Carey made her a lesbian character, and she has a nice and touching relationship with a fellow orphan, Reet, although certain aspects of the narrative make Tantra contemplate how and why their relationship occurred.  This was a fantastic central protagonist, and I am curious to see what happens to her in the future.

The next major character in the novel is Cole, an InTech scientist who finds himself partnered with Tantra on the case to find the missing information.  Cole is a great character, a brilliant man who has recently lost his memories due to a technological mishap.  As a result, he spends much of the novel attempting to work out who he is, which impacts much of his personality and motives.  Cole ended up being a rather fun and interesting addition to Inscape, and I loved the unusual team that he forms with Tantra.  In many ways, Tantra and Cole are complete opposites, as Cole has a bit of an anti-authoritarian streak and sees the other characters and corporations in a different light to his partner.  Cole is also far less trained as a corporate operative and finds himself extremely overwhelmed when out in the field.  In several great sequences he is shown to be very out of his depth and is forced to rely on Tantra’s skill and knowledge, which is particularly jarring for him as he is substantially older than her.  I very much enjoyed seeing Cole finding his feet throughout this book and getting a crash course in espionage and survival from his teenage partner, and I liked the fun and substantive friendship he formed with Tantra.  Several great secrets and reveals come out about Cole as the novel progresses, and it results in some great discussions about whether he is the same person that he was before he lost his memories.  These reveals are likely to have a major impact in some future novels and should result in some intriguing story arcs.

The final major point-of-view character in this novel is Jen, Tantra’s handler at InTech, who Tantra views as a mentor and mother figure.  Jen is an ambitious and driven woman who is determined to climb the InTech ranks, and who sees her control over Tantra as the way to do it.  I really liked the way that Carey portrays Jen through the various perspectives as you get a very different viewpoint of who and what Jen is.  For example, in Tantra’s eyes Jen can do no wrong, and is one of the few people that she loves and respects.  However, when Cole sees her actions, he realises just how manipulative Jen is and how little she actually cares for Tantra.  Jen’s true ruthlessness and uncaring nature is further explored in some of the scenes shown from her perspective, and it is fantastic to see the differing viewpoints about her motives and actions.  Jen serves a great role throughout the novel as Tantra’s motivation and as a dangerous controlling figure and I really enjoyed seeing the entirety of her storyline unfold.  Each of these three main characters were written pretty perfectly and I loved the fantastic development and exploration that Carey did with them in Inscape.

Inscape by Louise Carey was an incredible and addictive debut novel that ended up being a really fun and compelling read.  Carey did a wonderful job of blending an excellent thriller narrative with some great science fiction elements, amazing characters, and a clever examination about humanity’s over-reliance on technology.  I look forward to seeing how this series continues in the future, especially after this amazing first novel, and Inscape is really worth checking out.

4 thoughts on “Inscape by Louise Carey” 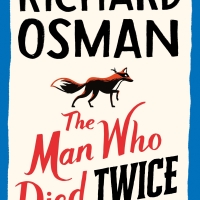 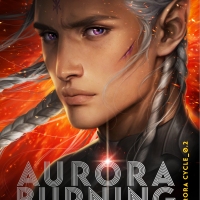