Welcome to my weekly segment, Waiting on Wednesday, where I look at upcoming books that I am planning to order and review in the next few months and which I think I will really enjoy.  I run this segment in conjunction with the Can’t-Wait Wednesday meme that is currently running at Wishful Endings.  Stay tuned to see reviews of these books when I get a copy of them.  For my latest Waiting on Wednesday I check out two fantastic upcoming crime fiction novels from some of the very best authors Australia has to offer.

Due to my location I tend to receive a lot of fiction written by Australian authors and I have really grown to appreciate the talent that my countrymen have for writing brilliant crime fiction reads.  I have already had the pleasure of reading some truly impressive Australian murder mysteries and thrillers this year, including several great debuts.  However, for this post I want to highlight two outstanding sequels coming out later this year that I am very excited for.  Both books are written by exceptional writers, and I can’t wait to see how their respective series continue. 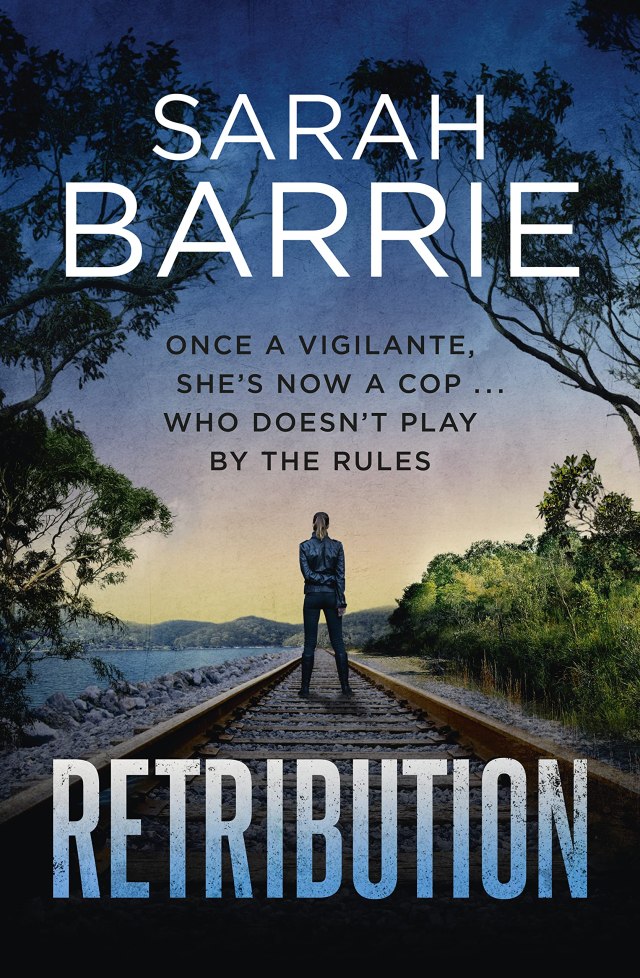 The first book I want to look is Retribution by Sarah Barrie.  Last year Barrie presented an incredible and deeply powerful book in Unforgiven, a gripping Australian thriller that ended up being one of the best Australian fiction releases of 2021.  Unforgiven followed former child abuse victim turned vigilante, Lexi Winter, who spends her days hunting down and destroying paedophiles around Sydney.  However, Lexi is forced to work with the detective who failed her years ago when evidence emerges that suggests that the monster from her past is still out there.  This resulted in an impressive and deeply captivating read that saw Lexi and the police dive into a particularly dark part of Sydney’s criminal underbelly only to be thwarted at every turn by a master manipulator.  I had an outstanding time with this book, and I was utterly enthralled all the way to the final epic twist, especially as Barrie left the story open for a potential sequel.

This sequel is set for release in a few months’ time with the intriguing follow-up Retribution.  Retribution, which has a release date of 30 November 2022, will bring back the main characters from the first book and set them on a new thrilling case, as threads from the previous investigation continue to haunt them.  I am quite excited for this new book, especially as it will feature an evolution for the compelling main protagonist, while also continuing the dark crime fiction elements that Barrie set up so well in the first book.  I have no doubt that this is going to be one of the most intense Australian reads of 2022 and I can’t wait to see how this latest mystery unfolds.

Once a vigilante, she’s now a cop … but she still plays by her own rules. A fast-paced, suspenseful thriller for readers of Candice Fox and Sarah Bailey.

Ace hacker, ex-prostitute, Jack Daniels drinker and part-time vigilante Lexi Winter returns, now working with the police – mostly – with a new enemy in the target and an old foe at the back of her mind.

Most probationary constables would baulk at chasing a drug dealer into a train tunnel in the dead of night. Not Lexi Winter. She emerges injured but alive, to face the wrath of her boss. Lexi may now be in uniform, but she has as much trouble with authority as ever, and is quietly using her hacking skills to investigate a notorious drug-dealing Sydney crime family with links to her old prey, the paedophile Damon Vaughn.

Meanwhile, Detective Sergeant Finn Carson investigates a death on a Sydney building site … which oddly enough, leads him to the picturesque Wondabyne station on the Hawkesbury River, and Inspector Rachael Langley oversees an investigation that could tie it all together. Lexi holds the key … if only she’ll toe the line …

The next upcoming book I want to highlight is Headcase, written by fellow Canberran Jack Heath.  Heath is swiftly working his way up the list of Australia’s best crime fiction authors, especially as he has delivered some absolutely cracking reads in the last couple of years.  While he has written some great young adult thrillers, Heath is probably best known for his ongoing Timothy Blake series, which follows a deranged cannibalistic serial killer as he investigates impossible crimes throughout America.  The Timothy Blake books are thrilling, gory and utterly entertaining reads, and I had a lot of fun with the last book, Hideout (one of my favourite Australian releases of 2020), which saw Blake trapped in a house with a group of other serial killers, which predictably resulted in a massive bloodbath.  I also deeply enjoyed Heath’s last book, Kill Your Brother, a five-star read that saw a woman caught in a terrible situation where the only way to survive is to kill a fellow captive, her beloved brother.  Loaded with clever twists and with some amazing characters, Kill Your Brother was an exceptional read that has made extremely keen in checking out anything else Heath releases. 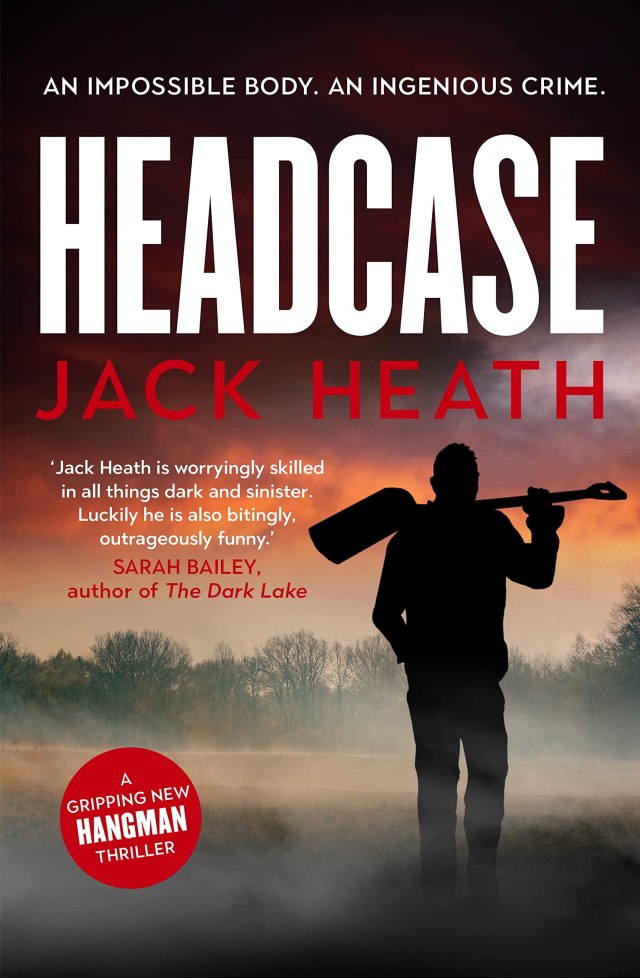 Luckily for me, Heath has a new book coming out in a few months’ time, and I am very happy to see that it is another Timothy Blake thriller.  This new Timothy Blake entry, which is set for release around the same time as Retribution, has the very intriguing title of Headcase, and it sounds like it is going to be quite the awesome read.  Following the psychotic Blake as he investigates a mysterious murder of a Chinese astronaut in a highly secure NASA base, Headcase sounds pretty damn epic book that will blend together a spy thriller narrative, with the dark psychological aspects of Heath’s amazing protagonist.  I have a feeling that Headcase is going to be one of the craziest books of 2022 and I will love every single second I spend reading it.

Timothy Blake returns in a tense, unputdownable thriller from the author of Hangman.

A Chinese astronaut is found dead in a NASA training environment in Houston, Texas. No one can explain how he got there. Amid fears of a diplomatic catastrophe, the CIA dispatches Timothy ‘Hangman’ Blake to investigate, because a convicted kidnapper works in the facility – someone Blake put away a long time ago.

Blake is deeply insane, afflicted by terrible urges he can barely control – but he’s also brilliant. Zara, his beautiful and deadly CIA handler, suspects a secret Chinese spacecraft is surveilling the United States, but Blake can see something much more sinister is going on. Something connected to the kidnapping seven years ago, to the technologies being developed at NASA, and to the serial killer known as the Texas Reaper.

Will Blake survive long enough to uncover the truth? And if he does, will anyone even believe him?

2 thoughts on “Waiting on Wednesday – Retribution and Headcase” 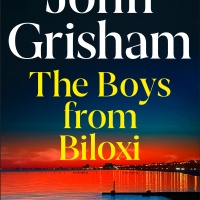 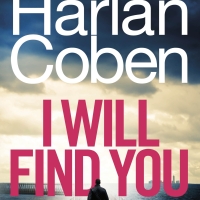 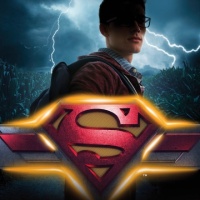 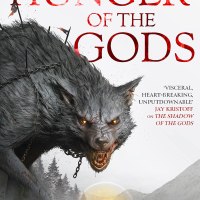 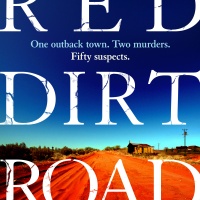