Top Ten Tuesday is a weekly meme that currently resides at The Artsy Reader Girl and features bloggers sharing lists on various book topics.  For this week’s Top Ten Tuesday, participants were supposed to list their top new-to-me authors that they read in 2021, however, I am going to do something differently here at The Unseen Library.  I already completed and published this list last week as I knew in advance that I would be doing an alternate list today.  The reason for this is because tomorrow, 26 January, is Australia Day, so I thought I would take this opportunity to highlight some of the top pieces of fiction written by Australian authors that I read in 2021.

Each year talented Australian authors produce an impressive and exciting range of fiction from across the various genres, many of which I am lucky enough to get copies of from the local publishers.  I tend to read and review a ton of novels by Australian authors, most of which turn out to be some outstanding reads that I deeply enjoy.  As such, for the last few years on Australia Day I have taken to highlighting my favourite pieces of Australian fiction for the last few years (check out my 2019 and 2020 lists).  I really love how much awesome Australian fiction there is out in the world, and this list is the perfect way to highlight some of the best recent Australian authors.

Now I tend to take a bit of a different approach to Australian fiction than some other bloggers, as I focus on Australian authors rather than those purely set in Australia or featuring Australian casts.  To qualify for this list, a novel had to be released in 2021 and written by an Australian author, which I am defining as anyone born in Australia or who currently lives here (Australia is very good at adopting talented people as our own).  This resulted in a long list, including several novels that I considered to be some of the best reads of last year.  I was eventually able to whittle this novel down to the absolute cream of the crop and came up with a fantastic top ten list (with my typical generous honourable mentions).  I really enjoyed how this list turned out, especially as it features novels from a range of different genres, all of which were very awesome Australian books.

The Colonial’s Son by Peter Watt

One of the best Australian historical fiction authors, Peter Watt, started a great new series last year with The Colonial’s Son.  The sequel to his amazing Colonial series (made up of The Queen’s Colonial, The Queen’s Tiger and The Queen’s Captain), this was a fun and action packed novel that continued some great storylines from the first series.

A taut and clever bushland murder mystery that saw a determined investigator methodically solve a murder through smart police work and multiple interviews with the suspects.

The 22 Murders of Madison May by Max Barry

An extremely exciting novel from awesome author Max Barry that sees a resourceful journalist follow a serial killer throughout the multiverse as he attempts to kill every version of his crush.

The Paris Collaborator by A. W. Hammond

An intense and compelling historical thriller set in occupied Paris; The Paris Collaborator was a great read with a fantastic story to it.

Kill Your Brother by Jack Heath 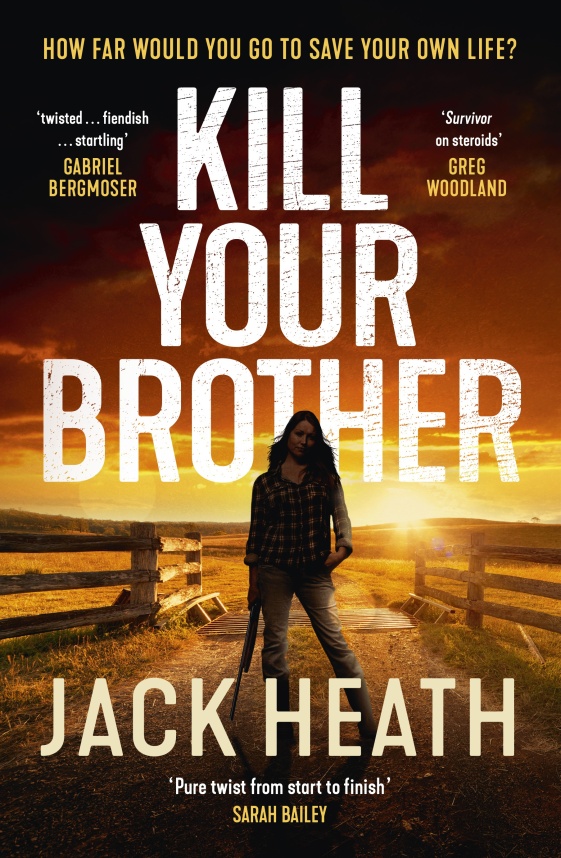 Let us start this list off with the incredibly cool Kill Your Brother by amazing author Jack Heath.  Kill Your Brother is a dark and very clever read that follows an infamously damaged protagonist as they are given a choice to either kill their brother or be killed themself.  Set in rural Australia and loaded with great twists, this was an outstanding and awesome novel that was one of the most entertaining and addictive books I read all last year.

The Councillor by E. J. Beaton

Australian author E. J. Beaton had one of the best debuts of 2021 with her excellent fantasy read, The Councillor.  Set in a divided and besieged fantasy realm, The Councillor follows a palace scholar who is given ultimate power and must decide the fate of her kingdom through politics, treachery and deceit.  An impressive first book that is really worth checking out.

The Housemate by Sarah Bailey

One of the most incredible reads of 2021 was the intense and captivating murder mystery novel The Housemate by Sarah Bailey.  Set in Melbourne, this book sees an infamous murder case reopened after one of the supposed victims reappears and then dies again.  Following a conflicted journalist whose past connections to the crime is slowly driving her crazy, this was an awesome read that I honestly could not put down.

The Warsaw Orphan by Kelly Rimmer

Impressive author Kelly Rimmer produced one of the absolute best historical dramas last year with her moving book, The Warsaw Orphan.  Set in occupied Warsaw, this novel followed two very damaged protagonists as they attempt to save as many Jewish babies as possible from the Nazis.  Grim, intense, and loaded with tragedy, this is an excellent historical drama that comes very highly recommended.

The Enemy Within by Tim Ayliffe

Australian journalist turned crime fiction author Tim Ayliffe had an excellent release in 2021 with The Enemy Within, the third book in his John Bailey series.  Following on from the great stories told in The Greater Good and State of Fear, The Enemy Within had a brilliant story that perfectly utilised recent, controversial Australian events and places Ayliffe’s nosy reporter protagonist right in the middle of them. 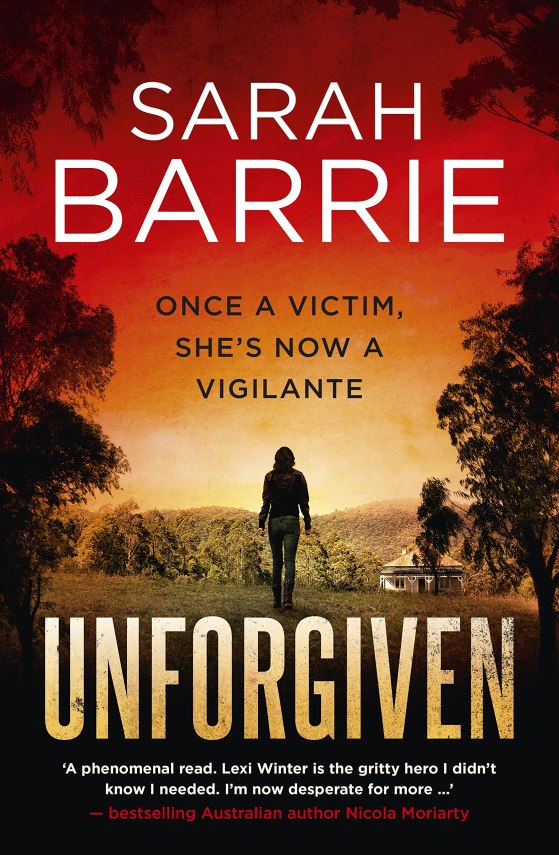 One of the latest Australian books of 2021 that I have read, Unforgiven is an exceptionally dark and powerful novel that follows a former victim of child abuse who has grown up and now hunts the monsters who ruined her childhood.  Containing an exceptional mystery and some brilliant characters, this is an impressive, if grim, thriller that I deeply enjoyed reading. 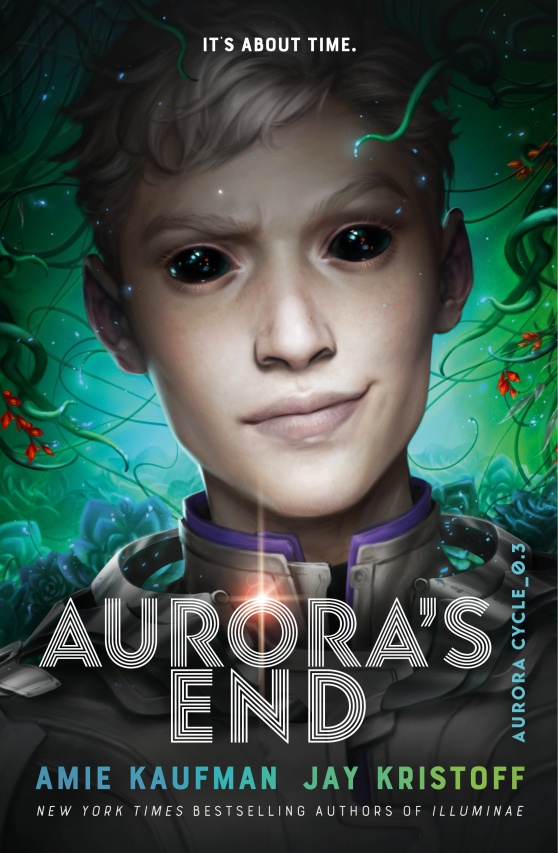 The Australian dream team of Amie Kaufman and Jay Kristoff finished off their amazing young adult science fiction Aurora Cycle series last year with the impressive Aurora’s End.  This awesome and extremely fast paced novel featured a very clever multi-time period storyline that did a fantastic job of wrapping up the compelling story of the previous two novels (Aurora Rising and Aurora Burning).  One of the better young adult series of the last few years, I am really glad that Kaufman and Kristoff saw it off in amazing fashion. 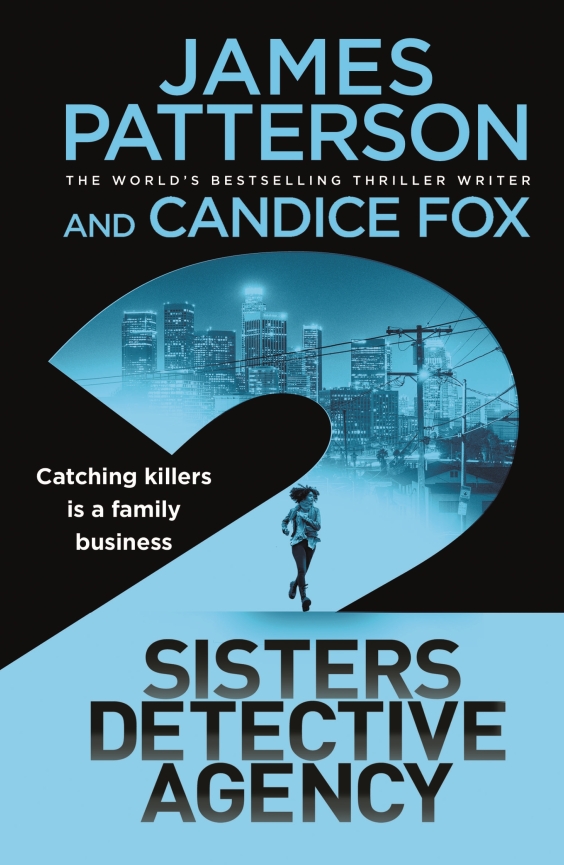 Ok, so I know that James Patterson isn’t Australian, but his cowriter for this novel, Candice Fox, is one of the best Australian crime fiction authors out there at the moment, and I loved her work on this entertaining and fun book.  Following two very different sisters as they attempt to solve crimes in Los Angeles, this was an extremely exciting and hilarious book that features a really good story.  I had an amazing time reading 2 Sisters Detective Agency and I really hope that this collaboration between Patterson and this rising Australian author continues in the future.  Make sure to also check out Candice Fox’s other 2021 release, The Chase, which had a great prison-break storyline.

She Who Became the Sun by Shelley Parker-Chan

Another epic debut by an Australian author last year was the highly regarded She Who Became the Sun by Shelley Parker-Chan.  This bold and addictive read follows a young girl from rural China who takes her dead brother’s destined greatness and starts a journey to take back China from the Mongolian dynasty and become Emperor.  Featuring a unique and clever story that utilises historical fiction and fantasy elements, this was an amazing read from an impressive new Australian author. 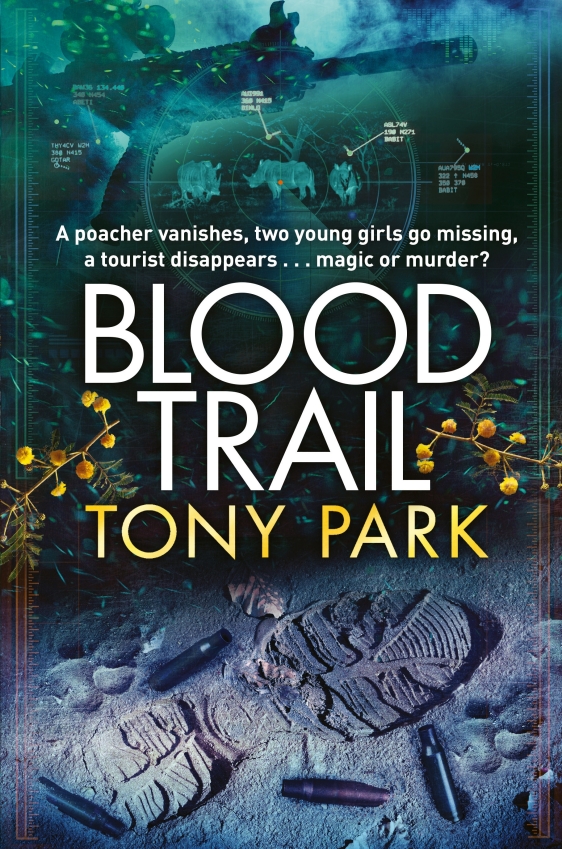 The final book on this list is the latest novel from one of Australia’s premier thriller authors, Tony Park.  Park’s new novel, Blood Trail, once again journeys to Africa and follows several great characters as they attempt to capture near-magical poachers and kidnappers in a game preserve.  An amazing adrenalin ride from start to finish, Blood Trail was an outstanding read, and I cannot wait to see what Park will release in 2022.

Well, that is the end of this latest list and I am really happy that I got a chance to highlight some of the cool Australian releases of 2021.  The above books represent an outstanding collection of fiction from talented Australian authors, and each of them comes highly recommended by me.  I had a lot of fun coming up with this list and I cannot wait to find out what the best Australian books of 2022 are going to be.  Until then, stay tuned for more epic reviews and lists, and make sure you let me know who your favourite Australian authors are in the comments below.