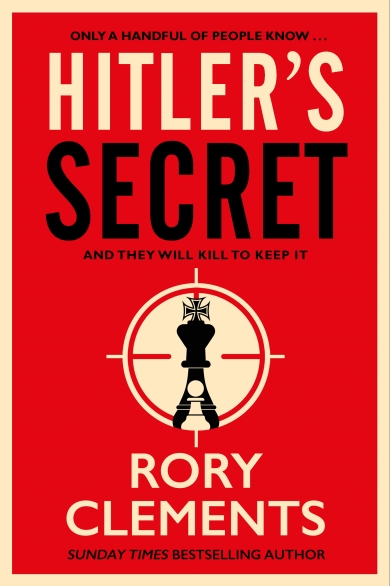 In 1941, Hitler’s Germany is at the height of its power, with England under constant bombardment, Europe under German control and the powerful Nazi army smashing aside all resistance in Soviet Russia. At this point in history, Hitler seems unbeatable, and desperate measures are needed if the Allies are to succeed.

In Cambridge, American expat and history professor Tom Wilde attempts to do his bit for the war effort and becomes an intelligence officer. While America is still officially staying out of the war, an upcoming fight with Germany is inevitable. Wilde finds himself enlisted into a top-secret mission that could change the entire course of the war.

Smuggled into Germany under a false identity, Wilde is tasked with recovering a package and delivering it safely back to England. This package is the key to undermining Hitler’s image and influence, as it reveals a terrible secret about the Führer, one that even Hitler himself was unaware of. Trapped deep behind enemy lines, Wilde must use every trick at his disposal to complete his objective and escape the deadly forces closing in on him. However, the more he learns about his mission, the more he is convinced that this is a secret that needs to stay buried, no matter the cost, and he soon must contend not only with the Nazis but with members of his own intelligence agency.

Wow, now that was a really good historical spy thriller. Clements is a fantastic author, and I have been a fan of his for a while now. Clements started writing back in 2009 with Martyr, the first book in his John Shakespeare series of Elizabethan thrillers. I read a couple of the books in this series, and quite enjoyed the fun stories that they contained, but I really started getting into Clements’s work with the Tom Wilde series. I was lucky enough to get a copy of the first book in this series, Corpus, back in 2017, and I absolutely loved the fantastic story that it contained. I ended up sticking with the story in the following years and I managed to read and review the next two books, Nucleus and Nemesis, both of which were rather good reads. I was very happy when I received my copy of Hitler’s Secret, as I thought that the plot sounded pretty cool. It did not disappoint, as Clements has come up with a fantastic and thrilling new read that might be my favourite Tom Wilde book since Corpus.

At the heart of this book lies a truly great thriller storyline, which sees the protagonist journey into Nazi Germany in order to retrieve a special package while also contending with the interests and machinations of several different groups and nations. This turned out to be a fantastic central story element, and I loved all the action, intrigue and danger that results from this mission. Wilde and his allies end up getting hunted throughout the breadth of German occupied territory by some vile and unrepentant villains, including an insane English expat who is having a fun time living in Nazi Germany (which pretty much tells you just how evil he is). Even when Wilde reaches relative safety, he must contend with being hunted by Nazi agents while also trying to avoid supposedly friendly operatives with whom he has a moral disagreement. I loved the constant hunting and running that resulted from this awesome story concept, and the characters engage in a pretty impressive game of cat and mouse. Clements makes good use of multiple character perspectives to show the various sides of this battle of spies, and it was great to see the hunters and the hunted attempt to outwit each other. It was also interesting to see the perspective of the various antagonists, especially as Clements used these scenes to show how evil they are, ensuring that the reader is determined that they fall. All of this led to an impressive and compelling thriller story that made this book extremely hard to put down.

I have to say that I liked Clements’s choice of MacGuffin for this book, which in this case was the titular secret of Hitler. I won’t go into too much detail about what this is, although the secret is revealed rather early in the story, but I did think that it proved to be a fantastic story element. Not only does Clement use this MacGuffin as an excellent centre to his story, but it was also rather interesting to see what secret the author envisions that could have potentially taken down Hitler. Clements made a unique choice regarding that, coming up with something that could have impacted Hitler’s most fanatical base of support. I thought it was quite a clever story element, and I liked how it allowed the author to come up with a couple of exciting conspiracies with multiple sides involved. I also appreciated the moral implications that the MacGuffin inspired, and it made for some great scenes where Wilde was left to choose between the war effort and what he thought was right.

I also really enjoyed Clements’s choice of setting for this book, as most of the story takes place within Nazi Germany in 1941. Clements has come up with some excellent historical settings for the Tom Wilde series in the past, and I have always liked his central setting of Cambridge in the pre-war period, as it serves as an amazing location for the series’s espionage elements. However, I think that Clements outdid himself by setting Hitler’s Secret in Nazi Germany. This proved to be an incredible and thrilling backdrop to the story, especially as Wilde is forced to navigate vast swathes of the country to get to freedom, contending with patrols, enemy agents who are actively hunting him and even a troop of Hitler Youths. Clements does an amazing job exploring what life would have been like in Germany during this period, showing off the fear and resentment of some of the citizens, the control and surveillance that the Nazis and the Gestapo had over everyone, the brainwashing of German children at school, how the country was locked down and the growing cracks as the invasion of the Soviet Union started to stall and America began entering the war. I also really liked that Clements dived into the complex relationships and rivalries amongst the Nazi high command, especially as part of that rivalry played into the overall story. I particularly appreciated the extensive look at the role of Martin Bormann, Hitler’s secretary, who achieved great power in the Nazi regime. Bormann is a little underutilised in historical fiction, so it was fascinating to see him used in this book, and he proved to be a despicable overarching villain for the story. Clements use of Nazi Germany as a setting for Hitler’s Secret was a brilliant move, and I felt that it helped take this story to the next level.

Hitler’s Secret by Rory Clements was an outstanding fourth entry in the author’s thrilling Tom Wilde series. I loved the complex and captivating story that Clements came up with for this book, and he managed to produce an impressive historical thriller. Hitler’s Secret is a highly recommended book, and I had a wonderful and electrifying time reading it. 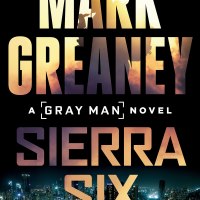