Texas Hold ’Em is the 27th book in the long-running Wild Cards series, which started in 1987. I read this book late last year but did not get a chance to review it until just now, so I’m just going to do a quick one.

The Wild Cards books make up one of the more interesting book series at the moment. Started by George R. R. Martin and his tabletop game friends (all of whom where fantasy and science fiction writers), this series has since expanded into a massive book franchise that has featured an impressive line-up of authors. There are a huge number of books, and the series is even currently being adapted into a couple of television series on Hulu.

Each of the Wild Cards books is made up of several short, interconnected stories written by a different author, with the entire novel edited together by Martin. Texas Hold ’Em, for example, features the talents of David Anthony Durham, Max Gladstone, Diana Rowland, Caroline Spector, Walton Simons, William F. Wu and the late Victor Milán. Melinda M. Snodgrass, who has contributed to a huge number of the previous Wild Cards books, also assisted in editing this book.

I came into this franchise fairly late and have only read the books which make up the most recent trilogy, The American Triad. I quite enjoyed the first two books in the trilogy, Mississippi Roll and Low Chicago, and was looking forward to the third and final book, Texas Hold ’Em.

In the aftermath of World War II, the Earth’s population was devastated by a terrifying alien virus. Those who survived changed forever. Some, known as jokers, were cursed with bizarre mental and physical mutations; others, granted superhuman abilities, became the lucky few known as aces.

San Antonio, home of the Alamo, is also host to the USA’s top high school jazz competition, and the musicians at Xavier Desmond High are excited to outplay their rivals. But they are also jokers; kids with super abilities and looks that make them stand out. On top of that, well, they are teenagers – prone to mischief, mishaps, and romantic misunderstandings.

Ace Michelle Pond, aka The Amazing Bubbles, thinks that her superhero know-how has prepared her to chaperone the event. But little does she know the true meaning of the saying, ‘Don’t mess with Texas’.

I found Texas Hold ‘Em to be a fun addition to this fantastic series. However, unlike the other two Wild Cards books that I have read, this one seemed to be a bit more like a young adult fiction novel. This is mainly because many of the short stories focus on teenage characters as they encounter the many ups and downs of San Antonio and the jazz competition. The rest of the stories are a pretty interesting mix of mystery, thriller and other action adventure type stories, as the various adult characters encounter a range of situations, mostly associated with protecting or wrangling their young charges. There were some good stories within this book, and fans of the franchise will appreciate the return of several recurring characters who have appeared in some of the previous books.

The stories in this book are told in a different way to the previous Wild Cards books. Rather than having several short stories told to their full extent and then connected by one split short story that overlaps with each of them, Texas Hold ’Em is instead broken up by a period of several days. Each of the days contains multiple parts of the various short stories, featuring the events of that story that happens on that day. This is a much more fragmented way to tell each story, but the chronological consistency is an interesting narrative choice. The combined short stories do make for quite a good overall narrative, although it does seem a little lower stakes than some of the previous books in the series.

One of the most interesting parts of this book is the examination of prejudice and hatred that infects each of the stories. In this universe, many of the humans who were unaffected by the Wild Card virus discriminate against Jokers and Aces; Jokers because of their disfigurations and Aces because they are afraid of them. This appears to be particularly enhanced down in San Antonio, mainly due to the appearance of the Purity Baptist Church, this universe’s version of everyone’s favourite hate group, the Westboro Baptist Church. The various protests and prejudices of the fiction group against those affected by the Wild Card virus do reflect the Westboro Baptist Church, so it was definitely an accurate depiction, and it was cool to see how they would react when confronted with someone with superpowers. That being said, the writers really needed to come up with a better term than “God’s Weenies” to refer to this group, or least stop repeating it to the degree that they did. Many of the characters in the book also encounter other forms of discrimination aside from the protests occurring outside the event, most of which mirrored discrimination real-life minority groups experience every day. This was a pretty good look at discrimination, and I liked how the various authors attempted to examine this problem by putting it in the context of the Wild Cards universe, especially as it led to some curious scenarios and interesting story moments.

Overall, this was a great new addition to the Wild Cards series. If I’m going to be honest, this was probably my least favourite book in the American Triad trilogy, but I still had fun reading it. I am interested to see what the next book in the Wild Cards universe will be like, and I will be curious to see if the show I mentioned above actually comes into being. 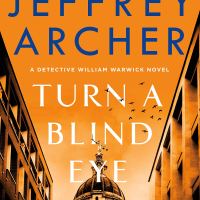