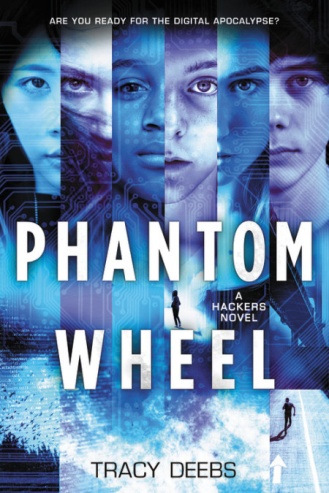 When six genius teen hackers are invited to audition for the CIA in order to receive an exclusive scholarship and job offer, five of them, Issa, Harper, Ezra, Alika and Seth, jump at the opportunity and create the code that is requested of them.  The sixth teen, Owen, walks out of the room, refusing to participate.  Later, when the other five return home they each receive a message for Owen, “You’ve been played.”  Owen has uncovered that the people interviewing them were not from the CIA; instead they work for one of the world’s largest telecommunications companies, Jacento.  Worse, the hackers’ combined code works together to create a virus, known as Phantom Wheel, which is a malicious piece of code that will give Jacento access to everyone’s personal data and unparalleled control of the world.  Determined not to let their creation be unleashed, the six teens band together to break into Jacento and steal back their code.  While they are young, these teens are among the most creative hackers in the world.  But will their combined skill be enough to protect them from a dangerous corporation with everything to lose?

Phantom Wheel is a fun young adult thriller that focuses on the adventures of six teen hackers determined to save the world from their unintentional creation.  This book has a cool style to it, some interesting characters and an intriguing story that features a lot of technological and hacker elements to it.  I only got this book a little while ago and managed to read through it pretty quickly, enjoying its various elements and aspects.

The author of this book, Tracy Deebs, is actually the young adult pseudonym of prolific romance novelist Tracy Wolff.  As Tracy Deebs, the author has created a number of varied young adult titles, including the techno-thriller Doomed; the mermaid based Tempest series; the superhero based The Hero Agenda series, which was cowritten with Tera Lynn Childs; and the teen romance series, Dahlia and Keegan, which started with her 2016 release The Secret Life of a Dream Girl.

When I first heard the premise of Phantom Wheel, I was intrigued and interested to see if the story could live up to the awesome-sounding plot summary, and overall I was fairly satisfied with the end result.  The story is told from the point of view of three of the main teen characters, Issa, Harper and Owen, and focuses on their fast-paced and exciting story of technological espionage and high-stakes hacking.  The plot moves quickly from the protagonist discovering what they had been tricked into doing, to them attempting a complex heist to steal it back.  I loved the heist scene, especially at the start when the protagonists split off into three teams, each with a point-of-view character, in order to obtain security items off three different members of the company at a party, especially as it allowed all the characters to play to their strengths during this sequence.  The sequences following the heist were also particularly good, as the protagonists attempt to escape from a horde of evil corporate security goons and the police by using their hacking skills to crash cars and stop trains.  I have no idea how realistic this is, but it was still fun to read about.  Overall the story is pretty fun, and has a lot of memorable moments.

The style of Phantom Wheel is also really interesting and has some great elements to it.  I personally really enjoyed the inclusion of the several different case study summaries of the protagonists that were scattered throughout the book.  These case studies also included amusing video surveillance files that follow each of the protagonists as they use their hacking skills to either get revenge or justice, or look at the characters having key conversations with each other.  I also liked the various uses of text messages and other electronic communications throughout the entire book, which fits in well with the technology based theme of Phantom Wheel.  The protagonists also speak a large amount of techno-talk and hacker slang throughout the novel, which gives the entire story a whole lot of authenticity.

Deebs has included six interesting and varied protagonists in the novel.  Despite the various first impressions of these characters, each of them has a lot more depth revealed throughout the course of the book, especially as they grow to trust the other members of their little band and open up to them.  Each of the characters has varying degrees of emotional backstory, which explains why they are the people they are and why they have taken to hacking, all of which is revealed throughout the course of the book.  I have to say I was impressed by Deebs’s inclusion of an asexual character in Harper, especially as asexual people are an under-represented group in modern fiction.  This asexual character seemed like a natural fit, and her acceptance by the group with only minimal questions or comments came across as a quite realistic and generally positive.

While I enjoyed the characters, they did at times stretch the plausibility of the book just a tad too much for my liking.  While I am willing to accept that hackers are just as likely to be in shape as other members of society, the actions that these teenagers were able to do, such as evading professional killers, fighting off trained security guards and jumping out of buildings, did seem a little ridiculous to me, and made me slightly question what I was reading.  I also found it interesting that four out of the six main protagonists were all members of rich families and had a huge net worth, one of them was even the daughter of a fictional Secretary of State.  While each of them had issues as a result of their wealthy lifestyle and the poorer characters of Issa and Harper balanced them out a little, even calling them out on their wealth, it did seem a little odd to include so many rich kid characters.  While this could potentially be explained away by the fact that hackers need money to pay for training and equipment, I feel that Deebs could have made one or two of them more middle class.  Still, none of these impacted my enjoyment of the book too severely and are easy to get around.

As a young adult book, Phantom Wheel is a good read for younger to older teens, although adult readers could also have a lot of fun with this.  The technological aspects of the book are quite intriguing and are easy to follow and understand, and will probably spark the interest of technically minded youths.  Readers will be able to relate to some of the characters in the book, and once again I have to point out my respect for Deebs’s great portrayal of an asexual character, as well as other minor LGBT+ elements.  With nothing too over-the-top in this book, it is a perfect read for a wide audience.

Overall, this new techno-thriller from veteran author Tracy Deebs is a fun and exciting novel that most readers will find quite entertaining.  Deebs has created a compelling story, used some great characters and installed some intriguing elements, all of which makes Phantom Wheel quite enjoyable and definitely worth checking out. 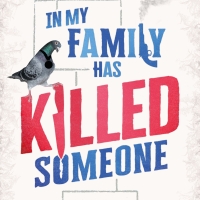