Welcome to my weekly segment, Waiting on Wednesday, where I look at upcoming books that I am planning to order and review in the next few months and which I think I will really enjoy.  I run this segment in conjunction with the Can’t-Wait Wednesday meme that is currently running at Wishful Endings.  Stay tuned to see reviews of these books when I get a copy of them.  For this latest Waiting on Wednesday I check out another awesome entry in one of my favourite comic series with the upcoming 37th volume of the always impressive Usagi Yojimbo series, Crossroads, by Stan Sakai.

I must be doing something right with my life because I have just been rewarded with an absolute treat: two Usagi Yojimbo volumes in a single year.  For ages, fans of the series have been stuck with the ungodly pain of routinely having to wait an entire year to get a new collected edition of their favourite comic.  However, it looks like we are getting a reprieve this year as not only did we already get the awesome 36th volume, Tengu War! but now we have the 37th volume, Crossroads, coming out in just a few months.

Many readers of my blog will be familiar with my own all-consuming love for the brilliant Usagi Yojimbo series by legendary writer and author Stan Sakai.  Following a rabbit ronin in an alternate version of Feudal Japan populated by anthropomorphic animals, the Usagi Yojimbo series boasts some outstanding stories, great characters, truly awesome artwork and intriguing Japanese settings, and is easily one of the best, if somewhat underappreciated, comics out there.  I have been a major fan of this series for year, and I have been having a very good time with the current run of the comics published by IDW.  This latest run, which includes the full colour volumes Bunraku and Other Stories (one of my favourite books of 2020) and Homecoming (one of my favourite books of 2021), has been pretty awesome, and I have deeply appreciated some of the cool storylines Sakai has been following.  The other volume of 2022, Tengu War! was also a ton of fun, and was honestly prepared for that to be my primary Usagi Yojimbo fix for the year.  Luckily, with Crossroads coming out soon, I do not have that much longer to wait.

Crossroads, which will contain issues #22-28 of the current run of the Usagi Yojimbo series, is currently set for release in October 2022 and looks set to feature several fantastic stories.  This time Usagi and his newly discovered cousin and fellow samurai, Yukichi, will encounter several dangerous enemies, as well as some old friends, as they continue their travels through the dangerous lands of Feudal Japan.  It looks like Sakai has set up some brilliant stories for this next volume, and I am already extremely excited for all of them.

The rabbit ronin’s newest adventures continue in this fourth volume that sees Usagi and new companion Yukichi on the road! Thinking their troubles behind them, they find new ones constantly emerging.

In “Ransom,” Usagi and Yukichi meet up with Kitsune, a street performer and thief, who has stolen a ledger recording bribes to local politicians. When Kitsune’s protégé is kidnapped in return, Usagi decides that he must help and get her back. Then, in “Crossroads,” Usagi and Yukichi come upon a group of pilgrims who have been left for dead by a band of cutthroat ronin. Deciding to go after them, Usagi must head back to the province, and the danger, from which he has just escaped!

In “Ghost Story,” Usagi and Yukichi meet Shizuye praying at a shrine to a young woman murdered 50 years earlier by her married lover and who finds herself in the same predicament. They take it upon themselves to be her protectors, but not all is as it seems when a local priest warns them to beware of ghosts!

In the final story, “The Long Road,” Usagi and Yukichi come to the rescue of a famed art dealer and his assistant attacked by bandits on the road. Failing to save the art dealer, they take it upon themselves to complete the delivery, but can the assistant be trusted?

Wow, those are some awesome-sounding stories in Crossroads and I am already in love with all four of them.  Crossroads looks set to have a pretty interesting mixture of storylines, with the most fun one likely to be the Kitsune focused entry, Ransom.  Kitsune, a foxy thief with a propensity for getting into trouble, is always really good fun, especially as her thieving ways often clash with Usagi’s inherent honesty, and it has been a while since we’ve seen her.  I look forward to watching this reunion unfold, and it will be great to see how she interacts with the more naïve and inexperienced Yukichi, as he’ll never know what hit him.  The next story, Crossroads, looks like it will be a more action-orientated romp, especially as the two samurai protagonists are following a band of murderous bandits into dangerous territory.  This sort of tale is Sakai’s bread and butter, so you already know it is going to be pure excitement with a ton of awesome battles, plus it will continue some of the storylines from the last two volumes, with Usagi forced to transverse territory controlled by series antagonist Lord Hikiji.

The other two stories in Crossroads also have a ton of potential and I was very intrigued by the fantastic synopsis that featured above.  The first of these, Ghost Story, appears to be another intriguing tale of Japanese mythology and spirituality, as Usagi and Yukichi encounter a young girl at a mystical shrine.  From the synopsis, it would appear that this mysterious lady would be some incarnation of the murdered woman the shrine is dedicated to, although I have a feeling there might be a twist or two added in.  No matter what, though, Sakai is very good when it comes to the more mystical stories in the Usagi Yojimbo series, and I am sure it will be a thoughtful and thrilling piece.  The final story sees Usagi get involved in another escort mission, this time around some valuable art.  Again, this is a pretty typical sort of story for Sakai (Usagi escorts everyone and everything along the roads of Japan, including melting ice, treasures, legendary swords and even some valuable tatami mats, just to name a few examples), so I am certain that this will be another great story.  The hints about the untrustworthy assistant are interesting, and I imagine that will add some wrinkles to the story, especially if that line is a red herring.  No matter what though, I am sure it will be great, and contain all the samurai action I crave.

Look, let’s be honest here, there is no way I am going to dislike Crossroads when it comes out, mainly due to how good every other single Usagi Yojimbo comic has ever been.  All the above stories sound extremely fun, and most of them have already gotten my imagination pumping as I try to figure out how they will go.  I am particularly interested in seeing how new protagonist Yukichi turns out, and it will be fun to see what Sakai has planned for him.  With Sakai’s usual brilliant storytelling and exquisite artwork, I already know that Crossroads is easily going to be one of the best comics of 2022.  October cannot come soon enough in my opinion, and I cannot wait to get my hands on the latest Usagi Yojimbo volume. 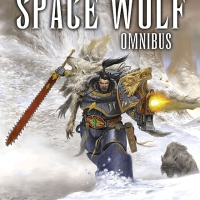 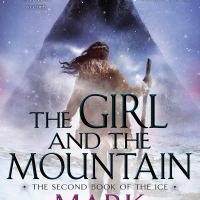