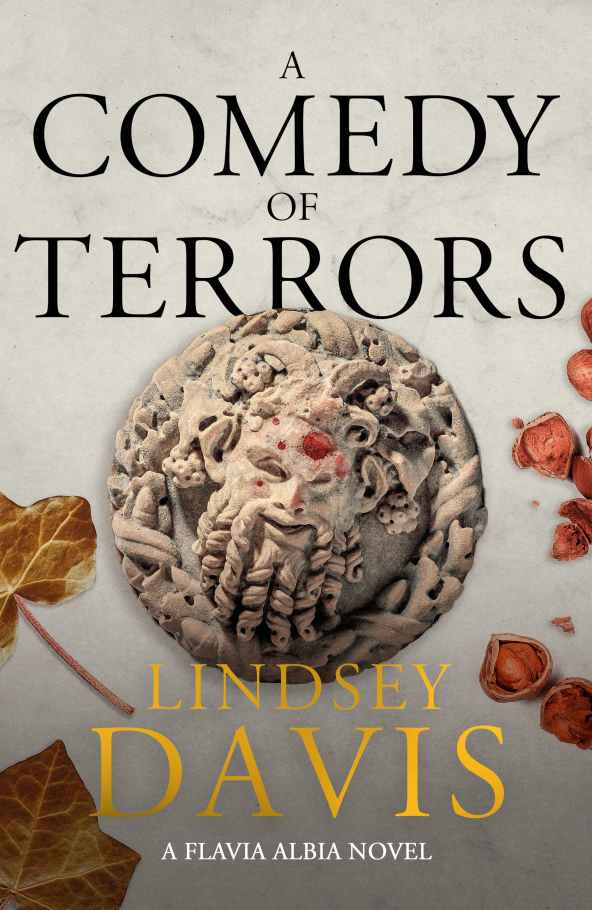 I am a big fan of several great historical fiction series currently running, but one I find to be particularly entertaining is the Flavia Albia series from bestselling author Lindsey Davis.  Davis has been dominating the ancient historical murder mystery scene for years, first with her extensive Marcus Didius Falco novels, and then with the successor Flavia Albia series, which follows the daughter of the original series’ protagonist.  While I never had the opportunity to get into the Falco novels, I have been reading the Flavia Albia books since the outset and have had a brilliant time with all of them, including The Third Nero, Pandora’s Boy, A Capitol Death, and The Grove of the Caesars, each of which have been excellent in their own way.  Indeed, this is such a great series that I have been pretty eager to start reading the latest novel, Desperate Undertaking, which I just got my hands on a couple of days ago.  I really want to read it next, but before I start, I absolutely must do a review of the preceding novel in the series, A Comedy of Terrors.

A Comedy of Terrors was the ninth book in the Flavia Albia series and was released this time last year.  I had initially planned to read A Comedy of Terrors when it first came out, but unfortunately, it took me a little longer to grab it than I intended.  By the time I was able to fit it into my reading schedule, I was a bit rushed off my feet with other reviews and other reading (excuses, excuses!), so I never got a chance to really write anything about it when I finished.  This was an inexcusable oversight of my behalf, and it is one that I really wanted to fix before checking out Desperate Undertaking, so here we are.

In Rome, 89 A.D., poisonings, murders, and a bloody gang war of retribution breaks out during the festival of Saturnalia, and when her husband, Tiberius, becomes a target, it’s time for Flavia Albia to take matters into her own hands — in Lindsey Davis’s next historical mystery, A Comedy of Terrors.

Flavia Albia, daughter and successor of private informer Marcus Didius Falco is twiddling her thumbs with no clients during the December festival of Saturnalia. But that doesn’t mean all is quiet. Her husband Tiberius and the Fourth Cohort are battling organized crime interests that are going to war over the festival nuts. A series of accidental poisonings, then bloody murders of rival nut-sellers, and finally a gruesome warning to Tiberius from the hidden criminal powers to back off.

Albia has had just about enough and combines forces with Tiberius to uncover the hidden criminal gangs trying to worm their way into the establishment at a banquet of the emperor Domitian.

A Comedy of Terrors was another fun book from Davis that takes the reader back to ancient Rome to investigate an intriguing mystery.  In this case, the book revolves around Flavia and her family’s dangerous interaction with a criminal gang who are trying to take advantage of a religious festival and have come into conflict with Flavia’s husband Tiberius.  This results in an interesting story which sees Flavia getting involved in several conflicts, intimidation attempts, assorted mysteries and other connected events, all in the name of investigating the gang’s activities and trying to bring them down.  At the same time, Flavia is dealing with multiple personal and familial issues, as she and Tiberius now find themselves responsible for Tiberius’s semi-orphaned nephews.

I must admit that this wasn’t my absolute favourite Flavia Albia novel, and I felt that the story was lacking some of the usual flair and tight storytelling that I usually so enjoy from Davis’s novels.  A Comedy of Terrors’s narrative was a bit unfocused in places, particularly when it came to main storyline involving the ancient Roman gang.  Rather than the series’ typical attention on a central investigation, this was a bit more of a meandering affair, which, while interesting in places, did seem to go on some random tangents.  There was also a much greater examination of the protagonist’s home life, as not only did Flavia and Tiberius have their young relatives to look after, but there was also some domestic drama around their unusual household of slaves, servants and random family members.  While I enjoyed seeing the continued domestic evolution of the formerly wild Flavia and the notoriously honest Tiberius, which resulted in several rather entertaining scenes, I could see newer readers who came for the mystery getting a bit frustrated with this extra attention on family life.  Still, A Comedy of Terrors did have some great moments throughout its plot, and Davis did the usual excellent job of combining crime fiction and historical elements together into an entertaining story filled with the writer’s fantastic sense of humour.  In addition, the characters were sharply written as always, there were some intriguing historical crime fiction elements to the plot (who would have thought there was criminal opportunity in festival nuts?), and I still really enjoy the author’s inclusion of modern attitudes and reactions in this historical environment.  I particularly loved the final resolution of the case which saw a classic gangster move turned around on its user in dramatic fashion, which served as an amazing end to this fantastic book.

Overall, A Comedy of Terrors was another great addition to the Flavia Albia series by Lindsey Davis.  While it lacked some of the focus and compelling mystery of some of Davis’ most impressive reads, this was still a clever piece of historical crime fiction, and I loved seeing the continuation of her character-driven storylines.  A must read for fans of this series, I cannot wait to see what happens in the 10th book, Desperate Undertakings.