Welcome to my weekly segment, Waiting on Wednesday, where I look at upcoming books that I am planning to order and review in the next few months and which I think I will really enjoy.  I run this segment in conjunction with the Can’t-Wait Wednesday meme that is currently running at Wishful Endings.  Stay tuned to see reviews of these books when I get a copy of them.  In this latest Waiting on Wednesday article, I highlight a very awesome sounding upcoming fantasy novel from an acclaimed, bestselling author with Age of Ash by Daniel Abraham.

Daniel Abraham is an outstandingly talented author who has been producing some very compelling reads for the last 15 years.  Abraham, who also writes under the pseudonym M. L. N Hanover, has previously authored several big fantasy series, including The Long Price Quartet, the Black Sun’s Daughter series and The Dagger and the Coin series, as well as contributing to several Wild Cards novels (a long-running superhero series edited by George R. R. Martin).  However, Abraham is best known for his partnership with Ty Franck, who write together under the joint pseudonym James S. A. Corey, of The Expanse fame.  The Expanse series is easily the hottest science fiction series now (check out my review for the previous entry, Tiamat’s Wrath), and the upcoming final book in the series, Leviathan Falls is set to be the biggest science fiction release of the entire year.

While I have enjoyed a couple of The Expanse novels, I have yet to try out any of Abraham’s solo works.  His next upcoming book seems like a perfect opportunity to fix this, especially as it will be the start of a brand-new epic fantasy series.  This new book, Age of Ash, is currently set for release on 15 February 2022, and will serve as the very first book in the Kithamar series.

From New York Times bestselling and critically acclaimed author Daniel Abraham, co-author of The Expanse, comes a monumental epic fantasy trilogy that unfolds within the walls of a single great city, over the course of one tumultuous year, where every story matters, and the fate of the city is woven from them all.

Kithamar is a center of trade and wealth, an ancient city with a long, bloody history where countless thousands live and their stories unfold.

When her brother is murdered, a petty thief from the slums of Longhill sets out to discover who killed him and why.  But the more she discovers about him, the more she learns about herself, and the truths she finds are more dangerous than knives.

Swept up in an intrigue as deep as the roots of Kithamar, where the secrets of the lowest born can sometimes topple thrones, the story Alys chooses will have the power to change everything.

Age of Ash sounds like it is going to be a pretty awesome fantasy story.  I love it when author’s combine fun crime fiction elements together with elaborate fantasy narratives, and Age of Ash’s story looks set to feature murder, conspiracy, and nation-ending secrets.  I am quite intrigued to see how this story turns out, especially in the hands of the ultra-impressive Abraham.  Based on the combination of a cool narrative and a talented author, I think that this novel has an immense amount of potential, and the Kithamar series is likely to be a cornerstone of the fantasy genre for the next few years. 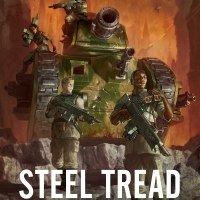