Welcome to my weekly segment, Waiting on Wednesday, where I look at upcoming books that I am planning to order and review in the next few months and which I think I will really enjoy.  I run this segment in conjunction with the Can’t-Wait Wednesday meme that is currently running at Wishful Endings. Stay tuned to see reviews of these books when I get a copy of them. In this week’s edition of Waiting on Wednesday, I am doing a double feature and checking out two impending fantasy sequels that are set to be released early next year, The Shadow Saint by Gareth Ryder-Hanrahan and Shorefall by Robert Jackson Bennett. Not only do both of these books sound like they are going to feature awesome stories, but I really enjoyed the first novels in each book’s respective series, and I am looking forward to continuing the stories started in these books. 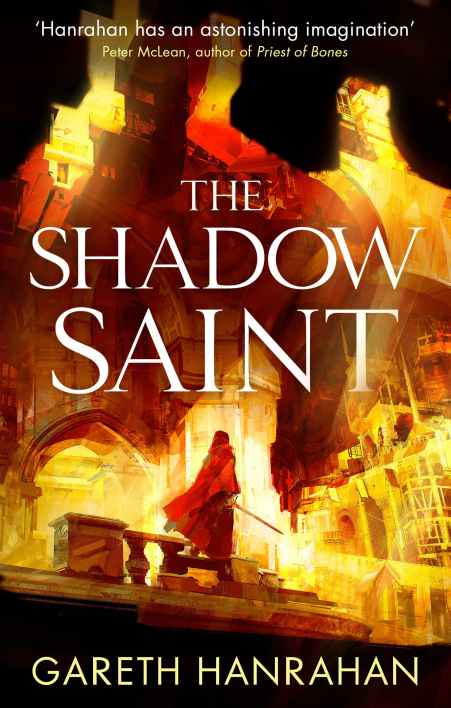 The first novel that I am looking at this week is The Shadow Saint. The Shadow Saint is the second book in The Black Iron Legacy and follows through from Gareth Ryder-Hanrahan’s debut novel from earlier this year, The Gutter Prayer. The Gutter Prayer was an excellent piece of grimdark fantasy that followed the adventures of several of the disparate and desperate criminal inhabitants of the city of Guerdon as they become involved with a dark plot to unleash the city’s ancient and cruel gods. I had a lot of fun reading The Gutter Prayer, and I was really impressed by the thrilling and complex plot, the unique fantasy elements and the great characters. As a result, I am eager to check out the next book in The Black Iron Legacy. The Shadow Saint is set to be released in early January, and I am already excited by the plot synopsis that has been released.

Thieves, dangerous magic, and a weapon built with the power to destroy a god clash in this second novel of Gareth Hanrahan’s acclaimed epic fantasy series, The Black Iron Legacy.

Enter a city of spires and shadows . . .

The Gutter Miracle changed the landscape of Guerdon forever. Six months after it was conjured into being, the labyrinthine New City has become a haven for criminals and refugees.

Rumors have spread of a devastating new weapon buried beneath the streets – a weapon with the power to destroy a god. As Guerdon strives to remain neutral, two of the most powerful factions in the godswar send agents into the city to find it.

As tensions escalate and armies gather at the borders, how long will Guerdon be able to keep its enemies at bay?

The Shadow Saint continues the gripping tale of dark gods and dangerous magic that began with Hanrahan’s acclaimed debut The Gutter Prayer.

I really like the sound of this plot synopsis, and it looks like this book is set to be a pretty epic sequel to The Gutter Prayer. I am really interested in seeing how the city of Guerdon has evolved since the dramatic and destructive events of the first book, especially if it has potentially gotten even wilder and more dangerous. I am also excited about the mentions of the godswar in this synopsis and I look forward to seeing it explored in more detail in this sequel. The godswar was a major part of The Gutter Prayer’s background plot, as Guerdon was supplying a number of weapons to both sides of the conflict, while trying to maintain their neutrality. It looks like they are going to start getting dragged into this war during this book, and I am sure this is going to result in more battles, intrigue and potentially more unique fantasy elements from outside of the city. All of this is sure to equal a great new book, and I am sure that Gareth Ryder-Hanrahan is going to blow us away once again.

The second book that I am looking at is Shorefall, the second book in the Founders series and the sequel to Robert Jackson Bennett’s 2018 release, Foundryside.  Foundryside was probably one of the most popular fantasy books of 2018 and I imagine that quite a few other reviewers and fantasy fans are going to be keen to grab the sequel when it comes out. Bennett, who has also written the highly regarded The Divine Cities series of fantasy books (a series that I am actually really keen to check out), did an amazing job with Foundryside, producing a captivating and entertaining fantasy story, set in an inventive magical city. Shorefall, which is set to be released in April 2020, also has an intriguing plot synopsis, and it looks the Founders series is going to go in some really cool directions.

The upstart firm Foundryside is struggling to make it. Orso Igancio and his star employee, former thief Sancia Grado, are accomplishing brilliant things with scriving, the magical art of encoding sentience into everyday objects, but it’s not enough. The massive merchant houses of Tevanne won’t tolerate competition, and they’re willing to do anything to crush Foundryside.

But even the merchant houses of Tevanne might have met their match. An immensely powerful and deadly entity has been resurrected in the shadows of Tevanne, one that’s not interested in wealth or trade routes: a hierophant, one of the ancient practitioners of scriving. And he has a great fascination for Foundryside, and its employees – especially Sancia.

Now Sancia and the rest of Foundryside must race to combat this new menace, which means understanding the origins of scriving itself – before the hierophant burns Tevanne to the ground.

There are a lot of things that I am looking forward to in this upcoming book. Not only does the competition between the various merchant houses of the city offer some fantastic opportunities for thrilling espionage, especially when your central protagonist is a master thief, but I am excited by the continued exploration of the inventive scriving system of magic, which produced some very awesome results in the first book’s action sequences. I am also hoping that Bennett continues to infect this series with the same sense of humour and fun that appeared throughout the first book, and if he could see his way clear to bringing a certain sentient key back to life, that would be best for everyone.

Both of these upcoming books have a lot of potential, especially after both authors knocked it out of the park with the first entries in their respective series. I have extremely high expectations for The Shadow Saint and Shorefall, and I fully expect that these amazing upcoming novels are going to be some of the best fantasy books of 2020.

11 thoughts on “Waiting on Wednesday – The Shadow Saint and Shorefall” 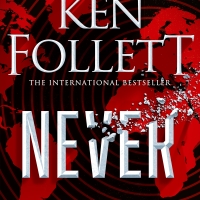