For this week’s Waiting on Wednesday, I check out an upcoming thriller that is probably going to be one of the most entertaining and bloody young adult books of 2019, #MurderFunding by Gretchen McNeil. 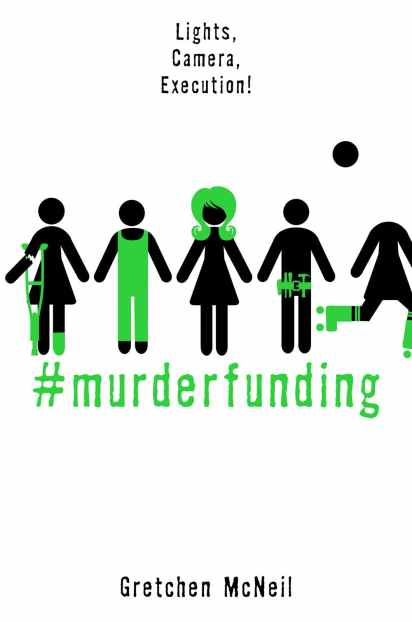 #MurderFunding is the sequel to last year’s crazy young adult hit, #MurderTrending, which featured a pretty awesome and over-the-top plot. #MurderTrending followed a Breakfast Club styled group of teens fighting for survival on a reality television show broadcasting their state-sanctioned executions by a gallery of eccentric killers. #MurderTrending was an exciting action-packed novel that was really enjoyable and featured quite a distinctive and addictive story. This sequel is set to be released in just a few weeks and I am loving some of the details that have already been released. Not only is #MurderFunding keeping the cool cover design that was first utilised in #MurderTrending but the plot synopsis also sounds incredibly intriguing.

WELCOME TO WHO WANTS TO BE A PANIAC?, the latest reality TV show on the hunt for the next big-hit serial killer. But don’t worry—no one is actually going to murder anyone, as real as the fake gore and pretend murder may appear . . . uh, right?

Seventeen-year-old Becca Martinello is about to find out. When her perfectly normal soccer mom dies in a car crash, a strange girl named Stef appears to let Becca know that her deceased mom was none other than one of Alcatraz 2.0’s most popular serial killers—Molly Mauler. Soon, Becca ends up on Who Wants to Be a Painiac? to learn the truth about her mom’s connection to Molly Mauler, but things turn sinister when people are murdered IRL. Will Becca uncover dark secrets and make it out of the deadly reality show alive? Or will she get cut?

Based on the plot synopsis, I think #MurderFunding is going to be an excellent sequel to the first book. Not only has McNeil come up with another dark television show to focus the story on but it looks like she has chosen an interesting way to tie this book into #MurderTrending, by focusing on the daughter of one of the original book’s villains. I am also assuming, from the name of the book, that the author will continue to examine the dark side of social media in this book. Having the story punctuated by social media posts analysing and revelling in the carnage of the reality television show was a memorable part of the first book, and I really hope that McNeil continues to utilise it in #MurderFunding.

I had a lot of fun reading the first book in this series and I have no doubt that the sequel will be just as entertaining and over-the-top as the #MurderTrending. It sounds like McNeil has come up with a cool new story for #MurderFunding, and I look forward to seeing how she parodies our fascination with reality television once again.

5 thoughts on “Waiting on Wednesday – #MurderFunding by Gretchen McNeil”