Series: The Radiant Emperor – Book One

Intriguing new Australian author Shelley Parker-Chan presents one of the most unique debuts of 2021 with the awesome She Who Became the Sun, a powerful historical read with a compelling twist.

In 1345 AD China languishes under the rule of the Yuan dynasty, descendants of the Mongolian invaders who have taken control and punished the southern Chinese citizens.  As famine and banditry stalk the land, the fate of the country will be decided by the most unlikely of people.  In a small village in the south, a seer predicts the future for two siblings.  For the favoured son, the seer sees greatness and unlimited potential, while for the daughter he sees nothing in her future at all.

When a bandit raid wipes out the village, only the daughter is left alive as her brother succumbs to his grief and despair.  Determined not to die an insignificant death and prove the seer right, the daughter plans the impossible.  Stealing the identity of her dead brother, she attempts to cheat fate and take her brother’s destiny for herself.  But how far can the newly named Zhu Chongba truly go, even with a fake identity and a stolen fate?

Travelling to a nearby monastery, Zhu impresses the Abbot and is soon accepted as a novice.  Growing up amongst the monks, Zhu finds a purpose for the first time.  But when a rampaging general destroys the monastery, Zhu is forced to find a new path that sets her against the emperor and the entire Yuan dynasty.  Joining with the Red Turban rebellion, Zhu manages to prove herself and soon leads her forces to several crucial victories.  But the eye of an old rival is upon Zhu, and not even this brilliant monk will be able to emerge unscathed.  The path to China’s future begins here, and soon the fate of the entire country will fall on the poor second daughter, destined to become the nation’s first female emperor.

This was a really compelling debut from Shelley Parker-Chan, who produced an epic and unique historical tale of war, destiny, identity and fate.  Serving as the first book in Parker-Chan’s The Radiant Emperor series, She Who Became the Sun was one of the most anticipated new releases for 2021, and I had an incredible time reading it, especially once I got caught up in its fantastic story.

She Who Became the Sun has an awesome and powerful narrative that proves to be extremely addictive.  The book first shows the protagonist as an unnamed daughter, destined for nothing until she adopts the identity of her brother, Zhu, and grows into a confident and capable young adult at a nearby monastery.  The first quarter of the book is primarily told from the perspective of Zhu and serves as a rather good introduction to the character and the overarching setting.  However, the story shifts dramatically after the eunuch General Ouyang, who serves under a noble family of the Yuan dynasty, burns down the monastery and leaves Zhu a medicant monk.  Determined to gain the destiny her brother was promised, Zhu joins with the rebel movement known as the Red Turbans.  The story then focuses on several interesting storylines, including Zhu’s ascent to commander in the Red Turbans, the volatile internal politics of the rebels, as well as troubles facing the wider Yuan dynasty.  The story adds in two additional point-of-view characters a quarter of the way through, with a particular focus on General Ouyang.  Ouygang is engaging in his own plot against the Yuan, and his fate soon becomes intertwined with that of Zhu.  This results in a pretty epic tale, especially as the various story threads tie together perfectly and produce an interesting and addictive overall narrative.  This leads up to an intense and fantastic conclusion that shows how much the protagonist has changed and how determined they are to see their destiny.  It also does an excellent job setting up the future novels in this series, and I have to say that I am pretty excited to see where Parker-Chan takes this tale next.

I was deeply impressed by the cool setting of She Who Became the Sun, especially as Parker-Chan worked in some excellent and compelling historical elements.  The novel is set in 14th century China during the Yuan dynasty and features an interesting retelling of the life of famed emperor Zhu Yuanzhang, founder of the Ming dynasty.  While there are a few major changes, like Zhu being a woman in disguise, She Who Became the Sun captures several key aspects of this figure’s early life, such as their peasant upbringing, their training as a monk, and their rise to power through the Red Turbans.  I really enjoyed the great examination of China during this period, and Parker-Chan does an excellent job of capturing the tyrannical rule of the Mongol invaders, the famines and crisis their ineffective rule caused, as well as the rebellion that rose to oppose them.  The author also makes sure to include several key historical figures, such as Zhu’s major supporters, and it proved to be a fun re-imagining of their relationship with the future emperor.  While this is primarily a historical fiction novel, Parker-Chan includes a lot of other interesting elements that alter the feel of She Who Became the Sun.  For example, there are several mystical features, such as some key individuals who can summon an aurora of visible light to show they have the divine right to rule.  Zhu also has the ability to see ghosts and finds herself haunted and at times damaged by malevolent spirits, angry at her decision to steal another person’s destiny.  These supernatural elements give She Who Became the Sun an intriguing and unique feel, and I really love it when authors subtly work in some subtle alternate genre inclusions into their work.

I also must mention the excellent inclusion of major LGBT+ elements into this book, especially around central character Zhu Chongba.  Zhu spends the entirety of the novel in the role of her late brother, pretending to be a man so she can rule and lead.  This was a really fascinating and distinctive choice by Parker-Chan, and one that makes She Who Became the Sun really stand out.  While there are some understandable comparisons to Disney’s Mulan, Parker-Chan instead frames it as a choice made from a desire to survive and to be more than what her sex would usually allow her to be in this period, especially under Yuan control.  Zhu spends most of the novel trying to hide her birth gender from everyone around her, allowing her to continue to achieve her.  While a few characters find out, Zhu is able to ensure their secrecy, which leads to some fascinating scenes.  I particularly love the interactions between Zhu and female characters who discover her secret, and the understanding that flows through these scenes is extremely powerful.  Other LGBT+ elements are later added to the story, especially around Zhu’s marriage to her wife Ma, and I really appreciated the clever and compelling way that it was worked into the plot.

Another impressive aspect of this outstanding book I want to highlight is the great use of characters.  This novel featured some amazing point-of-view characters whose journeys become the focus of She Who Became the Sun.  The main character is Zhu, the woman destined to become Emperor, who spends most of the book trying to live up to the legacy she believes she deserves.  I really liked the compelling character growth featured as her personality changes throughout the course of the book.  Initially meek and barely able to keep her secret, Zhu develops her cunning and her skills of manipulation to become a major figure in the monastery and the Red Turbans.  I loved the depiction of her rise to power, including that fun scene where she manages to win a battle with a prayer, and it was really entertaining to see her use the mild-mannered, humble monk routine to fool the people around her.  Having grown up with nothing, Zhu is more resilient against setbacks than some of the other characters and is able to overcome major hardships.  While Zhu spends most of the book as a good person, the desires for power and a great destiny eventually grows within her, encouraging her to do some evil things to win.  I really liked this subtle shift in personality as the novel continued, and the way that her character arc in this novel ends was really surprising and intense.

The other major character I really want to talk about is Ouyang, a general serving the powerful noble Lord Esen-Temur, son of the Prince of Henan.  Ouyang has a complex past, the son of a family declared traitor by the Emperor and the Prince of Henan, his entire family was killed, while Ouyang was made a eunuch.  Eventually able to work his way up from slave to general, Ouyang is initially portrayed as a petty, vicious, and vindictive figure, especially as he destroys the monastery that Zhu was living in.  However, as the novel progresses, you get to see how much Ouyang has suffered throughout his life, even though he is the best friend of Lord Esen-Temur.  Due to his status as a eunuch, there are some really interesting parallels between Ouyang and Zhu, especially as neither of these outsiders is comfortable in their body.  However, despite their similarities, they form a bitter rivalry, although occasionally working towards the same goals.  I really enjoyed Ouyang’s storyline, especially as it provided an intriguing alternative to the scenes focusing on the Red Turbans, providing the reader with a look at the politics of the Yuan dynasty and the fractious family dynamics surrounding Lord Esen-Temur.  It also leads to an excellent storyline where Ouyang slowly gets his long-awaited revenge and makes some moves to obtain even more power and control.  Ouyang served as an excellent antagonist for the novel, and his dark and brooding perspectives of life and the Yuan dynasty really enhanced She Who Became the Sun’s overall narrative.

Overall, I deeply enjoyed the unique and intricate book that was She Who Became the Sun, and it turned out to be an outstanding read.  Australian author Shelley Parker-Chan did an exceptional job with this impressive debut novel, and I loved the brilliant and epic historical tale she wove, especially as it contained some complex and intriguing characters.  This book comes highly recommended by me, and it is easily one of the best debuts I have so far read in 2021. 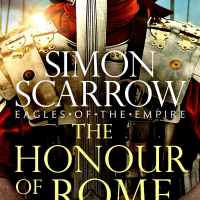 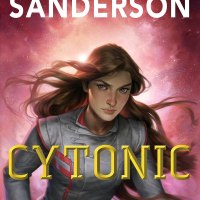