I have been having an absolutely fantastic couple of week for books, as I have been lucky enough to receive several incredible and amazing new novels from some of my local publishers.  These novels include some truly awesome new releases, several of which I have been eagerly awaiting for some time.  I am extremely keen to check out all of the books below and they should make for some amazing reads.

The Martyr by Anthony Ryan 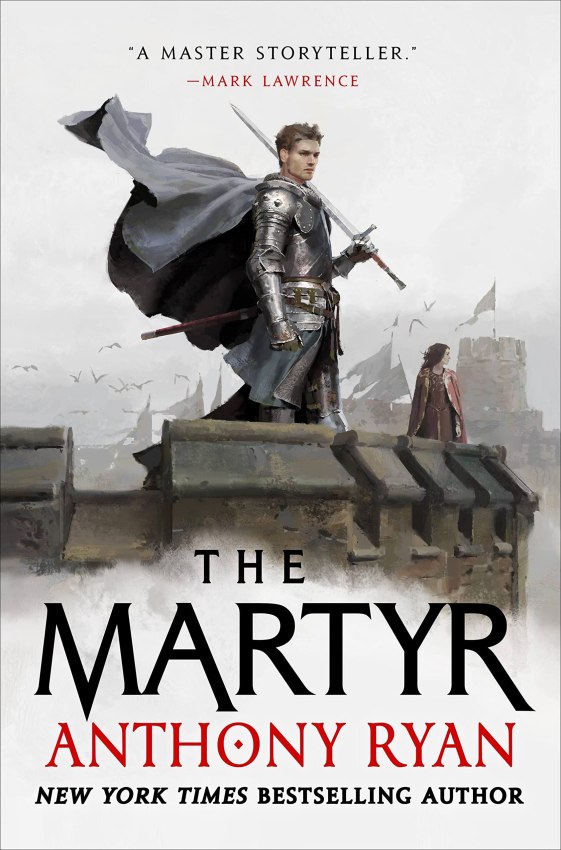 Lets start this haul off with one of my most anticipated fantasy releases of 2022, The Martyr by Anthony Ryan.  The sequel to one of my favourite books (and audiobooks) of 2021, The Pariah, The Martyr is an awesome fantasy novel which is sure to be one of the top books of the year.  Set to follow the protagonist of the first book as he continues to get caught up in the dangers and intrigues of his world, The Martyr sounds like an extremely epic read and I can’t wait to check it out.

I was also very happy to get a copy of Amored by Mark Greaney, one of the leading thriller authors of the day.  This new novel from Greaney is a standalone read which follows an armoured convey of mercenaries heading deep into Cartel country.  I have actually already read Armored and it was a very fun and exciting book loaded with so much action.  Review to follow to soon.

The Bladed Faith by David Dalglish

Another anticipated fantasy read I got was The Bladed Faith by David Dalglish, which I will hopefully check out soon.  The Bladed Faith is an epic read that will followed the deposed prince of a realm as he becomes a legendary assassin in order to get revenge on his kingdom’s conquerors.  A very cool sounding book that I will no doubt love.

A novel about a secret order of assassins and their internal fight for supremacy, oh yes please!  That is the incredibly epic plot of Seventeen, which will follow the deadliest assassin in the world as he attempts to kill his predecessor, while surviving the attentions of the next generation of killers.  I love the sound of this book so much and I will hopefully read it very soon.

The Gatekeeper by James Byrne

Another amazing thriller novel I received is The Gatekeeper by James Byrne.  Following an infamous retired mercenary who finds himself dragged into a deadly conspiracy, The Gatekeeper sounds like another fast-paced and action-packed thriller that I am very keen to check out.

The Ballad of Perilous Graves by Alex Jennings

Magical and musical mayhem seem to be the theme of the cool and unique new fantasy read, The Ballad of Perilous Graves, which should be a very intriguing novel.

The Lawless Land by Boyd and Beth Morrison

An intense and powerful historical epic from the academic team of Boyd and Beth Morrison, The Lawless Land in an intriguing new historical fiction novel that I am really interested in reading.  Following a rogue knight during the plague as he attempts to save his lands and reputation, only to get dragged into a dark historical conspiracy.  I really like the sound of this impressive book and I look forward to checking this unique historical adventure out. 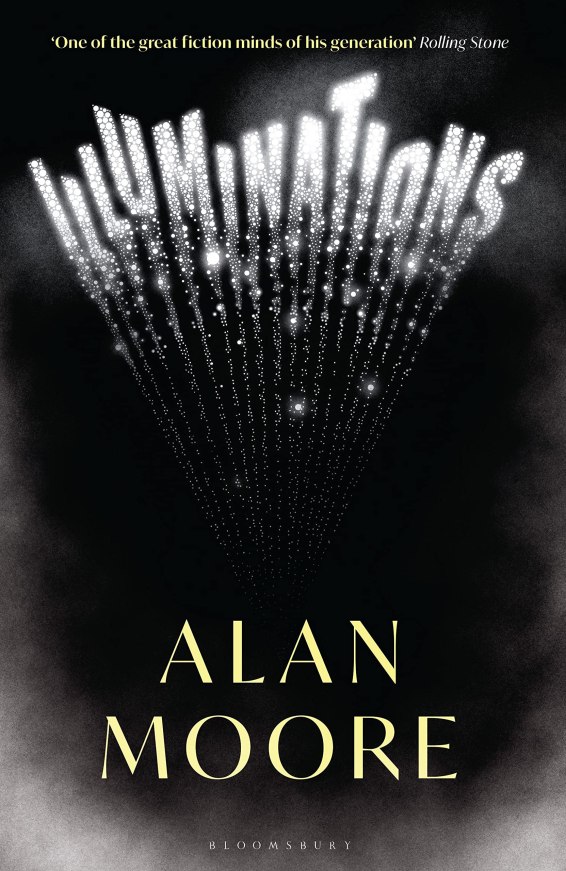 The final book I received was Illuminations from legendary comic book author Alan Moore.  Containing several of his unique short stories, most of which sound incredibly bonkers, if extremely intriguing, Illuminations is one of the more fascinating books I have recently gotten my hands on and I am very keen to see what fantastic tales are featured within.

Welcome to my weekly segment, Waiting on Wednesday, where I look at upcoming books that I am planning to order and review in the next few months and which I think I will really enjoy.  I run this segment in conjunction with the Can’t-Wait Wednesday meme that is currently running at Wishful Endings.  Stay tuned to see reviews of these books when I get a copy of them.  In this rather late Waiting on Wednesday article I check out an amazing upcoming fantasy debut, The Ballad of Perilous Graves by Alex Jennings.

I am always extremely keen to check out fascinating and fun debut novels each year and 2022 is already shaping up to be a particularly good year for fresh and talented new authors.  One of the more interesting and unique sounding debuts that has recently caught my eye is the upcoming book, The Ballad of Perilous Graves by Alex Jennings.  Set for release in June 2022, this excellent novel will tell a magical and musical story in an alternate version of New Orleans, as two wizards attempt to save their city from a dangerous lost spell.  I am extremely intrigued by this upcoming book and I cannot wait to get stuck into this cool new magical world, especially with its music-based magic system.  I honestly believe that The Ballad of Perilous Graves has some real potential and I look forward to seeing Jenning’s unique debut come to life.

In a fantastical version of New Orleans where music is magic, a battle for the city’s soul brews between two young mages, a vengeful wraith, and one powerful song in this vibrant and imaginative debut.

Nola is a city full of wonders. A place of sky trolleys and dead cabs, where haints dance the night away and Wise Women keep the order, and where songs walk, talk and keep the spirit of the city alive. To those from Far Away, Nola might seem strange. To failed magician, Perilous Graves, it’s simply home. Then the rhythm stutters.

Nine songs of power have escaped from the magical piano that maintains the city’s beat and without them, Nola will fail. Unexpectedly, Perry and his sister, Brendy, are tasked with saving the city. But a storm is brewing and the Haint of All Haints is awake. Even if they capture the songs, Nola’s time might be coming to an end. 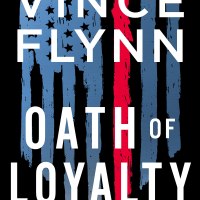