Welcome to my weekly segment, Waiting on Wednesday, where I look at upcoming books that I am planning to order and review in the next few months and which I think I will really enjoy.  I run this segment in conjunction with the Can’t-Wait Wednesday meme that is currently running at Wishful Endings. Stay tuned to see reviews of these books when I get a copy of them. For my latest Waiting on Wednesday article I am going to look at an ambitious and massive upcoming novel that is probably going to be the best historical fiction books of 2020, The Evening and the Morning by Ken Follett. Ken Follett is an absolute legend of an author who has been writing since the 1970s. While he has written several acclaimed thriller novels, he is probably best known for his epic works of historical fiction that follows the lives of several compelling fictional characters as they traverse some major historical events. My first experience with Follett’s work was with the impressive Century trilogy, which chronicled some of the biggest events of the 20th century, including World War I, World War II and the Cold War. While each of the books in the Century trilogy were massive volumes, I gamely read through them and quickly found myself getting drawn into these incredible pieces of historical fiction. Since the Century trilogy has finished, Follett has only released one other book, A Column of Fire, but that was enough to make him one of my absolute favourite authors, and I have been eagerly waiting to read his next book.

Well it looks like my wait is finally over, as the next novel from Follett, The Evening and the Morning, is set to be released later this year in mid-September. The Evening and the Morning is actually part of the same series as A Column of Fire, which is known as the Kingsbridge series, as all the books are set around the fictional town of Kingsbridge. This is probably Follett’s most popular and well-known historical fiction series, with all three books getting very positive reviews, and the first two novels in the series, The Pillars of the Earth and World Without End, have both been adapted into television miniseries, with The Pillars of the Earth miniseries having a particularly impressive cast to it. The Evening and the Morning will serve as a prequel to the entire Kingsbridge series, and it will be set over 100 years before the events of The Pillars of the Earth.

A TIME OF CONFLICT
It is 997 CE, the end of the Dark Ages, and England faces attacks from the Welsh in the west and the Vikings in the east. Life is hard, and those with power wield it harshly, bending justice according to their will – often in conflict with the king. With his grip on the country fragile and with no clear rule of law, chaos and bloodshed reign.

THREE LIVES INTERTWINED
Into this uncertain world three people come to the fore: a young boatbuilder, who dreams of a better future when a devastating Viking raid shatters the life that he and the woman he loves hoped for; a Norman noblewoman, who follows her beloved husband across the sea to a new land only to find her life there shockingly different; and a capable monk at Shiring Abbey, who dreams of transforming his humble abbey into a centre of learning admired throughout Europe.

THE DAWN OF A NEW AGE
Now, with England at the dawn of the Middle Ages, these three people will each come into dangerous conflict with a ruthless bishop, who will do anything to increase his wealth and power, in an epic tale of ambition and rivalry, death and birth, and love and hate.

Thirty years ago we were introduced to Kingsbridge in The Pillars of the Earth, and now in this masterful prequel international bestseller Ken Follett will take us on a journey into a rich past, which will end where his masterpiece begins.

It looks like this latest book will once again tell an elaborate and multilayered tale that will follow these new protagonists through the early 11th century. Based on how Follett usually writes his novels, this story will be set over a period of many years, and will see the protagonists encounter all manner of hardships, opportunities, betrayals and other life experiences as their separate narratives become more and more connected through the course of the book. This will inevitably result in an ultra-captivating tale as the reader becomes attached to the characters and watches them engage in action, intrigue and drama. This book will also serve as a prequel of sorts to the other books in the series, as the characters featured within The Evening and the Morning will be some form of ancestors to the characters of The Pillar of the Earth, and it will be interesting to see how they are all connected.

While I am looking forward to seeing what stories and characters Follett comes up with for this book, I am especially keen for his portrayal of the historical period that the book is set in. Follett is a master of depicting and exploring history, and I have loved his takes on some of the periods featured within his previous novels. The early 11th century setting for The Evening and the Morning should prove to be particularly intriguing, as you will have Viking raids, troubles with the Welsh, Norman settlers and all manner of other fantastic historical elements that should prove fascinating to explore. I am extremely excited to see Follett’s take on this historical era, and I know that I am going to love it.

Based on how much I have enjoyed Follett’s previous books, I know that The Evening and the Morning is going to be an outstanding historical epic which I will have an amazing time reading. Making it a prequel to his previous impressive novels and setting it at the start of the medieval period should help to make this book even more enjoyable, and I am looking forward to the author’s trademark deep dive into history. This is going to be a pretty lengthy book that will no doubt take me a while to get through (trust me, all of Follett’s previous books made my Longest Novels I Ever Read list). However, I have no doubt that it will be worth it, as this upcoming book has immense potential. I am already certain that The Evening and the Morning is going to get a full five-star rating from me, and I cannot wait to get my hands on a copy.

Make sure to check out my review of The Evening and the Morning here. 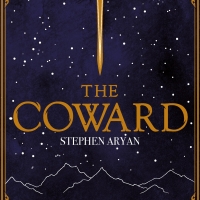 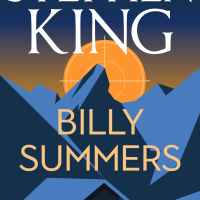 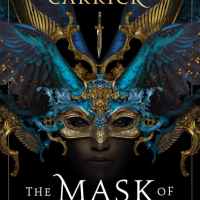