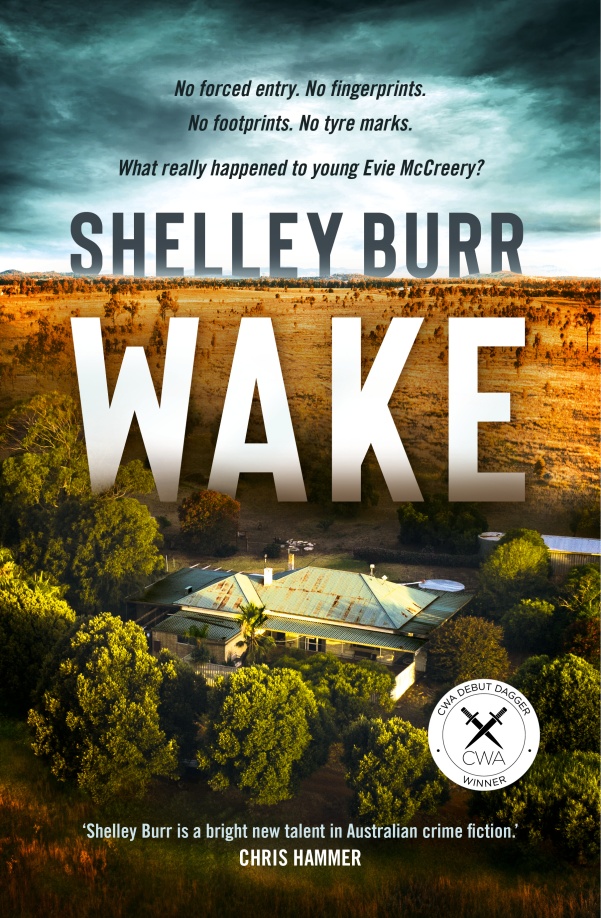 2022 is proving to be quite the year for Australian crime debuts, with several compelling and thrilling read already out.  However, one of the more impressive recent debuts is probably the amazing release by new Canberran author Shelley Burr, Wake, a gripping and powerful crime thriller that takes the reader on a wild and emotionally charged ride.

Nannine is a small rural town in the harsh heart of New South Wales, punished by drought and slowly declining as the local agriculture industry starts to deteriorate.  However, Nannine will always have one harrowing claim to fame: the unsolved disappearance of Evelyn McCreery.  In 1999, young Evelyn disappeared from her rural house in the dead of night, right from the bedroom that she shared with her twin sister, Mina.

Now, 19 years after Evelyn’s disappearance, Mina lives a reclusive life on the destocked family farm, desperately seeking some shreds of normality.  However, the shadow of the unsolved case and the subsequent massive media storm that bombarded her family still haunts her, especially as many question whether she had a role in the tragic events, while others constantly attempt to claim the massive reward the family posted.  However, despite the time and her attempts to not get involved in the craziness again, Mina finds old wounds reopened when Lane Holland arrives in town.

Lane is a private investigator and failed Federal Police cadet who has made a living out of cracking cold cases involving missing girls.  Interested in claiming the substantial reward, Lane begins his own in-depth investigation of Evelyn’s disappearance, and his determination and insights soon grab Mina’s attention and she finds herself drawn close to Lane.  However, Lane has his own personal reasons for solving the case, and his dark ghosts could end up dragging Mina down with him.

This was an excellent and captivating debut novel from Shelley Burr, which is already gaining some major recognition, including some major Australian awards.  While I knew I was likely to enjoy this amazing novel, I ended powering through Wake in a day as I got really hooked on its compelling and intense outback story.

I deeply enjoyed Wake’s awesome story, especially as Burr makes sure that it contains all the necessary elements to grab your attention.  This novel starts in the modern day, 19 years after the disappearance that rocked Nannine, and sees newcomer Lane Holland arrive to attempt to solve the case.  The introduction of this sleuth character helps to jumpstart the narrative, especially as his new investigation allows the reader to find out all the relevant details about the old case, while also revealing the lasting issues it had on the various protagonists, including the long-running infamy of being involved with such a major case.  Most of the first half of the book revolves around Lane trying to find his feet in the investigation and get close to Mina, while also finding himself involved in a separate case involving another missing girl.  At the same time you get to know Mina from her perspective, and find out just how messed up she is because of the disappearance and media scrutiny.  All the key characters, major story elements, hints and settings are perfectly set up in the first half of Wake, and the captivating mystery and damaged characters really drag you in and ensure that you become deeply invested in seeing how the case unfolds.

After some big reveals about halfway through the novel, the story intensifies even further, especially once you fully understand Lane’s drive and get to know the characters even better.  There are some compelling twists and turns in this second half of the book, with multiple theories and red herrings to cleverly distract the reader, while major personal moments hit all the key characters.  This all perfectly sets up the big finale, as all the plot points, tragic backstories and hidden hints come together extremely well for the major reveal.  I really liked how Wake’s story concluded, and I think both the solution to the mysteries and the resolution of all the character arcs was pretty ingenious, especially with how well it tied together the various character’s secrets, histories and regrets.  Overall, the reader will come away very satisfied with how everything is tied up, and this ended up being a very impressive and compelling narrative that was well-paced and loaded with some great surprises, major moments, and a very intriguing central mystery.

There were many cool elements to Wake that I deeply enjoyed and which I felt helped to enhance the mystery-laden story.  I liked the rural setting of Nannine, a fictional town that captures the heart of feel of many rural Australian communities, especially those that are suffering from many issues such as drought and the slow decline of the agricultural economy.  This decaying agricultural town serves as the perfect backdrop to this amazing story, and you really get to see how the small-town vibes and attitudes affect the investigation of the case.  I also appreciated the fantastic dive into the over-the-top press coverage that surrounds famous crime cases.  The disappearance attracted a massive media focus, and Burr spends a lot of time exploring how it initially covered the case, how it morphed over the years, and the lasting impact that growing up as a media sensation had on both Mina and the other supporting characters from Nannine.  I particularly enjoyed the examination of how the case became a favourite of true-crime fanatics, which is primarily shown through a series of posts on the murder forum that appears in front of multiple chapters.  These posts highlight the attitudes, theories, mindsets and more of the true-crime internet community and serves as an intriguing weather vane for the wider Australian community.  I loved these posts, not only because they were entertaining and realistic but because it proved to be a great way to provide the reader with some interesting context while also having some impacts on the main story.  Throw in the great way that Burr utilised several flashback sequences, some hidden clues in character names, some clever insights into missing person cases, and other outstanding elements, and you have a really impressive book that will easily keep your attention.

I also need to highlight Wake’s awesome damaged characters that the plot focuses on.  Burr has come up with some sensational and powerful story arcs for these great characters, and their various histories, connections and life events add some excellent emotional heft to the story that I really enjoyed.  This includes Mina McCreery, who serves as a major point-of-view character for most of the plot.  Mina is the twin of the disappeared Evelyn, and has spent the last 19 years living in her disappeared sister’s shadow.  Not only did she have to deal with the emotional backlash of her sister being either killed or abducted but she also had to experience the intense media scrutiny and other issues associated with the major case, especially as her mother ended up becoming a media sensation to keep the focus on Evelyn’s case.  Due to this, the strained relationship she had with her sorrowful mother, and certain suspicions from some that she had something to do with her sister’s disappearance, Mina now lives a solitary life, avoiding most people and not having many friends.  This makes her rather standoffish, angry and a little paranoid (for good reason) for most of the novel, and she has a hard time connecting to anyone, especially Lane.  The events of this book really shock her in some major ways, as the years of repressed trauma and emotional uncertainty come to the surface again, especially once secrets and long-hidden truths come to the surface.  I felt that the author did an amazing job highlighting all the major issues contained within Mina’s psyche, and the subsequent emotional moments were a fantastic and powerful part of the book.

Aside from Mina, the other major character in Wake that I need to discuss is private investigator Lane Holland, who arrives in Nannine to investigate the case.  Burr created something really impressive in Lane, a former police cadet turned private investigator, as he ends up having one of the more intense and memorable character arcs in the entire novel.  Initially seen as an unwelcome outsider by most of the other characters, apparently interested in only the reward money, Lane is able to prove himself to Mina and other characters and manages to gain their trust.  However, everything you think you know about Lane is blown out the water when you find out his surprising connection to the case, as well as his motivations for investigating it.  Burr sets up the connections extremely well in the early parts of the novel, putting in several clever hints and suggestions, while also doling out useful flashbacks to Lane’s past that explain everything.  These revelations, as well as some insights into Lane’s personal history and motivations, help to both intensifies the story, while also dragging you closer to Lane as a character, hoping that he will succeed for everyone’s goods.  Burr takes Lane’s character arc into some very dark, by captivating, directions, and his entire story comes together in a brilliant and powerful way, especially with some major decisions made towards the end of the book.  These two excellent, intense, and very damaged central characters, really acted as the heart-and-soul of Wake, and I was really drawn into the outstanding narrative Burr wove around them.

With her excellent debut novel, Wake, Shelley Burr has successfully entered the world of Australian crime fiction in a big way.  Featuring a captivating and distinctively dark murder mystery narrative that sees damaged characters bring a notorious cold case into the light, Wake was a gripping and deeply thrilling read that I had a fantastic time reading.  A moving and enthralling novel, Wake was an exceptional Australian crime debut and I am extremely excited to read more stories from Burr in the future. 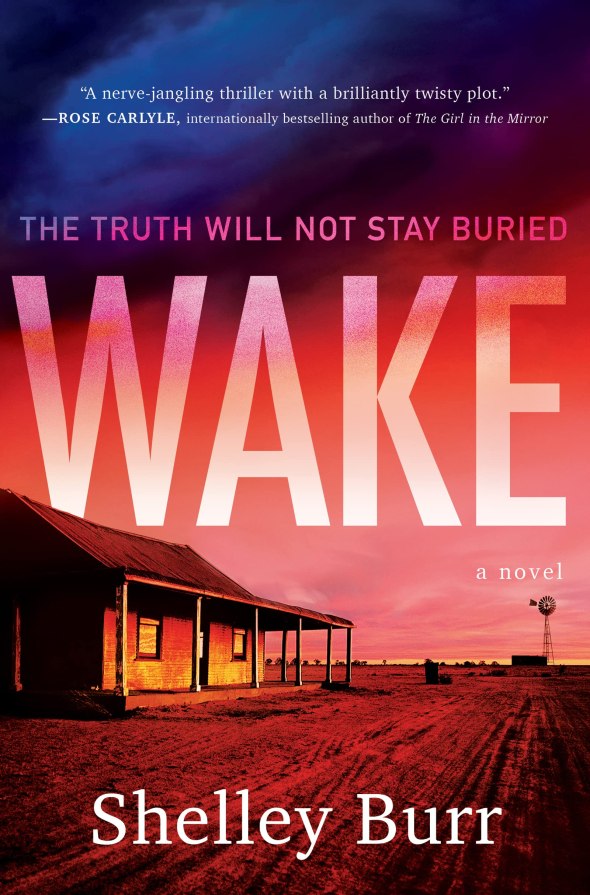 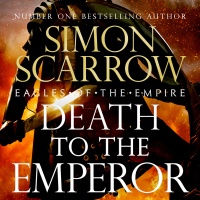 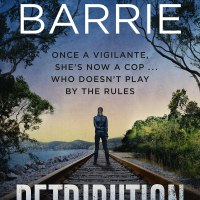 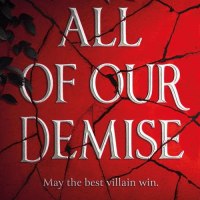