Hit-Girl is the moniker of Mindy McCready, a pre-teen vigilante killer who is the Kick-Ass universe’s most effective and terrifying hero.  Introduced early on in the first volume of the Kick-Ass comic, Mindy was a 10-year-old girl who had been indoctrinated by her father, Big Daddy, into becoming an expert killer and crime fighter.  Despite an attempt to live a normal life after the death of her father, Mindy has reverted to her vigilante ways with her trademark extreme violence and sassy attitude.

Following the events of the Kick-Ass 3 comic, Hit-Girl has decided to take her vigilante gig international and bring her version of justice to criminals around the world.  However, with her partner, Dave Lizewski, the original Kick-Ass, retired, and his replacement (a young man Hit-Girl randomly recruited off the street) deciding to quit in the face of armed criminals, Hit-Girl is all on her own.  With a request for help in Colombia looking too big to handle by herself, Hit Girl decides to recruit a partner as deadly and deranged as herself.

Enter Fabio ‘Mano’ Mendoza, the most ruthless and dangerous hitman in Palmira, Colombia.  Freeing him from imprisonment, Hit-Girl ‘convinces’ Mano to help her with her mission, utilising an explosive device to keep him in line.  Armed with an array of advanced and insanely destructive weapons, Mano helps Hit-Girl turn all of the city’s gangsters into corpses.  But what will happen when Hit-Girl forces Mano to target his own gang? 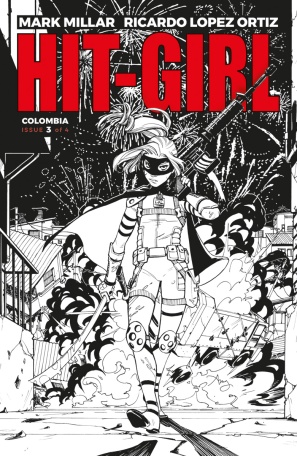 Hit-Girl was created by author Mark Millar, one of the most impressive and recognisable names in modern comics.  Millar has worked with a number of different publishers throughout his career, including DC, where left his mark on titles including Swamp Thing, Superman and The Flash, and Marvel, where he wrote the iconic Civil War series and had significant input in Marvel’s Ultimate Universe, which serves as the inspiration for many recent comic book movies.  Millar has also created a number of the best alternate universe stories these two major comic book publishers have ever produced, from the inventive Superman: Red Son to the incredible Old Man Logan, which served as the basis for 2017’s best comic book movie, Logan.  Millar has also created a range of independent series, many of which are quite dark and brutal, such as Kingsman: The Secret Service, Jupiter’s Legacy, Superior and Wanted.  However, one of Millar’s most iconic works is his independent series, Kick-Ass, which was adapted into a fantastic movie in 2010 that helped dramatically increase the author’s general profile.  Kick-Ass ran for three volumes, and the final issue revealed that Kickass and the above independent series all exist in a shared universe, known as the Millarverse.  Readers may recognise several of the above comics from recent movies, with Kingsman and Wanted both having been adapted into big screen movies.  In addition to this current Hit-Girl series, Millar is currently working with Netflix to create a number of intriguing new comics, such as The Magic Order, and a range of movies and television series.

A large amount of the success of Kick-Ass can be attributed to the character of Hit-Girl, a sensational addition to both the comics and the subsequent movie adaption.  Hit-Girl is easily the most popular character in the series due to the sheer craziness of having a 10-year-old girl tearing through groups of dangerous criminals while swearing her head off.  This cool character continued in the movie, where Chloë Grace Moretz brought Hit-Girl to life in all her foul-mouthed, murderous glory, albeit with an altered costume.  Hit-Girl appeared in all three volumes of Kick-Ass, and has already been the star of her own Hit-Girl miniseries comic, much of which was adapted into the Kick-Ass 2 movie.  This current series of Hit-Girl represents the first work that has been done on the Kick-Ass storyline since 2014.  The first volume of this new series is called Colombia and contains issues #1-4.  The second volume of this series will continue Hit-Girl’s international murder spree as she heads to Canada, and will be released in late October. 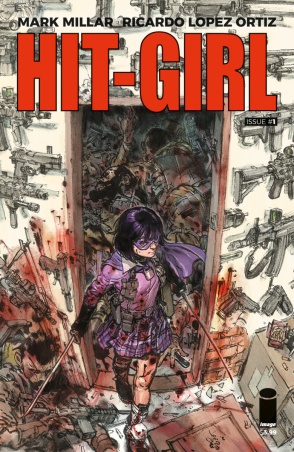 This new Hit-Girl series contains pure insanity as the titular character goes on a rampage down in Colombia.  There are some fantastic sequences throughout this book as artist Ricardo Ortiz draws a series of demented murders and deaths as Hit-Girl and Mano attack and kill hundreds of gang members in Palmira.  These gang members suffer an insane amount of different gruesome deaths including being shredded by bullets, sliced by swords, shot with arrows, killed by a train, blown up into tiny pieces, vaporised by flesh-eating gas, and thrown off buildings.  Ortiz’s artwork pulls no punches during these scenes, with the highlight having to be the microwave gun that cooks one gang member from the inside out.  There are also a ton of great action sequences throughout this book, with the artist presenting some excellent battle artwork that really highlights the fast-paced and frenetic action portrayed within.  Some of these scenes are so wonderfully over the top that it is hard not to laugh, such as the sequences where Hit-Girl and Mano are forced to overcome a zoo of coked-up animals standing between them and their target.  This is some brilliant work from the artist and a real highlight of the volume.

While all the superfluous violence is outstanding, this first volume of Hit-Girl is far more than just about the killing of criminals.  It is actually a complicated revenge plot, and Millar has created a fantastic overarching story for this entire volume.  Watching the full extent of Hit-Girl’s plan unfold is so much fun, especially when you realise just how much she is playing all the other characters in the book.  Hit-Girl revealing that her plan involves saving a kid who served as her patsy from joining a gang is pretty powerful, especially when the kid is left wondering about the origin of the ‘final message’ from his brother.  By the end of these four issues, all the characters get what they deserve, leaving the reader extremely satisfied with the result, while Hit-Girl is left determining where to go for her next rampage against crime.

Hit-Girl is once again a fantastic main character for this book, and Millar and Ortiz’s portrayal of her is absolutely amazing.  Placing murderous attitude and terrifying adult personality inside the body of a little girl is still spectacular to see, and it is quite jarring and very entertaining to see this little kid doing crazy stuff like jumping up and down in excitement while requesting that her associate perform a particularly gruesome murder.  Ortiz presents some incredible changes in facial expression throughout the book that really show off the dual personality of the character.  In some scenes, she looks quite innocent and childlike, while in others, she looks positively demonic, especially when she establishes control of a situation.  While she is mostly portrayed as destructive, adult and emotionless, there are times when she comes across as more human and acting her age.  She spends several scenes getting closer to Mano, and the two work out that they have some interesting similarities, including being manipulated by a controlling father figure for most of their lives.  In hindsight, it is quite horrifying that she spent time getting close to Mano, considering the multiple ways she was playing him and her eventual intentions for him, but it is still great to see her team up with someone who has the same killer instinct, as well as a similar moral compass.  I also love the scene at the end when Hit-Girl allows her ally, Camila to get a chance at revenge, but is not surprised when she does not take the shot, stating “you’re a good person”.  Hit-Girl’s facial expression while she says that is perfect, as it helps portray the fact that our protagonist knows she is not a good person and never will be.  Overall, this is some amazing character work and Hit-Girl is still an amazing protagonist.

Mark Millar is once again in top form as he brings in the first volume of his new Hit-Girl series.  Featuring some outstanding artwork from Ricardo Ortiz, Hit-Girl Volume 1: Colombia contains an insane amount of graphic and entertaining violence and death, while also containing a fun and satisfying story with an awesome main character.  I am already excited for the next volume of this new series, and I cannot wait to see what chaos Hit-Girl causes in Canada. 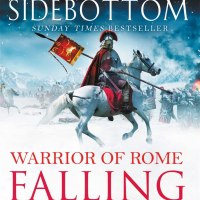 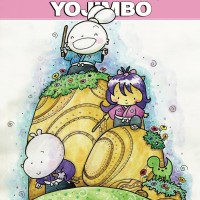