The legendary Andrzej Sapkowski returns with a fun and exhilarating addition to one of the best fantasy franchises to ever come out of Europe, The Witcher.

Geralt of Rivia is a Witcher, a powerful mutant tasked with protecting ordinary people from the monsters that infest the various kingdoms and lands of the Continent.  Witchers wield a range of weapons in the fight against evil, from magical signs to powerful potions.  However, their main weapons are two swords: one made of steel, the other made of silver.  These swords are a symbol of status for a Witcher and are irreplaceable.

However, after being falsely arrested by corrupt city guards, Geralt’s swords disappear, having been stolen by unknown thieves.  Upon his release, Geralt will move heaven and earth to reclaim his weapons.  But all manner of people desire the weapons of a Witcher, and his search only throws up false leads.

The theft could not have come at a worse time.  In order to obtain his freedom, Geralt is coerced by the sorceress known as Coral into hunting a demon around the sorcerer stronghold of Rissberg.  Geralt must determine who among the fortress’s scheming sorcerers is summoning the demon forth, and stop their rampage.  At the same time, he and his old friend Dandelion must contend with the various plots taking place within the court of the King of Kerack as his heirs battle for power.

Can Geralt contend with the foes set against him, or will the loss of his faithful swords result in his destruction?

Sapkowski is one of the most popular and well-known writers of fantasy fiction in Central and Eastern Europe, where his books have achieved a cult following.  Sapkowski is best known for The Witcher series of books.  This series, which was mostly written in the 1990s, focuses on the monster hunter Geralt of Rivia and his adventures throughout Sapkowski’s dark fantasy landscape.  These books served as the basis for the popular video game series of the same name, which is how many people would be familiar with Sapkowski’s characters and stories.  The Witcher books were also adapted into both a movie and television series in Poland, called The Hexer, and Netflix has recently commissioned a new American television series based on the books, also called The Witcher, which is currently in the early stages of production.

Season of Storms is the latest The Witcher book Sapkowski has released.  It was originally published in 2013 in Polish, but an English translation of the book has only just been published.  This is a standalone book that is set between some of Sapkowski’s original short stories which were captured in his second book, The Last Wish.  While Season of Storms is a standalone book, it does contain a number of hints to some The Witcher stories chronologically set after it.  It also features a number of characters from the other books in the series, including a series of interludes that focus on Nimue, who appeared in two previous books and who many may recognise as the Lady of the Lake of Arthurian legends.  The scenes featuring Nimue in Season of Storms are set more than a hundred years after the rest of The Witcher books and contain some potential hints about the eventual fate of the series’ main characters, as well as some cryptic discussions between characters that could be open to some interesting interpretations.  As a result, people who have read the other books in the franchise will really appreciate Season of Storms for these call-backs and references.  However, while the book may be especially appealing to past readers, it is also a perfect place for readers unfamiliar with Sapkowski’s work to get started, as it does not rely on other books in the series for plot details.

Sapkowski continues to explore his fantastic fantasy world in this latest book, as Geralt quests into new areas of the Continent.  Most of the story focuses on locations and settings not previously explored in previous books of the series, giving fans of this franchise a much wider view of this detailed fantasy world.  Knowledge of the world is also expanded through the fun use of excerpts from in-universe fictional books, which offers a range of entertaining facts and jokes.  Readers will also be impressed by the wide number of foes and monsters that Sapkowski has fit in this book.  Throughout the story Geralt has to contend with magical mutations, humanoid hybrids, powerful magic users, werewolves, kitsunes, gangsters and marauding soldiers.  This rich array of opponents adds a lot to the story’s excitement and is wildly appropriate for a story about a monster hunter.

Another notable part of Season of Storms is the range of intriguing mysteries Geralt needs to solve in order to complete his quest and survive.  These mysteries are interspersed throughout the story’s fantasy adventure and include the main mystery of who stole Geralt’s swords, the political mysteries in the Kingdom of Kerack and the investigation into why summoned demons are attacking communities in the forest.  These mysteries have a large level of sophistication and do a great job of keeping the readers interested and intrigued throughout the book.  The various mysteries also combine really well with the book’s fantasy elements and strike a good balance within the book.  This exceptional combination of elements within Season of Storms impressively captivates the readers and creates an enticing overall story.

The latest book in The Witcher franchise is a brilliant new adventure that stands just to the side of the previous short stories and established longer series.  Season of Storms provides pulse pounding adventure in Sapkowski’s beloved fantasy world while also telling a series of intense interlocked stories that make great use of several riveting mysteries to drag in the reader’s attention.  This is definitely a strong recommendation for those readers who have enjoyed Sapkowski’s literary works in the past.  However, general fantasy fans and those who have only experienced The Witcher franchise through the games will enjoy this excellent and electrifying read. 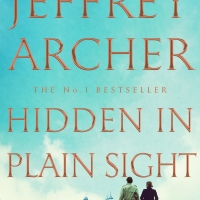