My quest to get through all of the books in Jonathan Maberry’s Joe Ledger series continues.  In this week’s Throwback Thursday I look at the second epic entry in what is fast becoming one of my favourite series of all time, The Dragon Factory.

It has been only a few months since former police officer Joe Ledger joined the elite and top-secret American intelligence agency, the Department of Military Sciences (DMS).  Working with the DMS and its mysterious leader, Mr Church, Ledger has helped save the country and the world from a variety of unique scientific threats.  Therefore, Ledger is extremely surprised when one morning a team from the NSA ambushes him and attempts to place him under arrest.

Without any warning, Ledger and the DMS find themselves caught in the crossfire between two rival organisations of rogue geneticists who have already drawn first blood against the DMS.  One of these organisations works on perfecting the world’s deadliest diseases, while the other seeks to create an army of genetically enhanced soldiers and terrifying animal hybrids.  Both of these factions are well funded, have remained hidden from the world’s intelligence agencies and have access to game-changing technology.  However, one has a terrifying vision for the future that they will go to any lengths to achieve.

As Ledger leads his team in an all-out war against these rival groups, they begin to uncover the full extent of these villains and the connection they have with Church and the DMS’s secret past.  The Extinction Clock has started to count down, and the entire world will be changed when it hits zero.  Forced to battle impossible odds, will Ledger be able to save the world again or will death and tragedy rain down around him?

Those who have been following my reviews in the last few months will remember that I first experienced Jonathan Maberry’s amazing Joe Ledger series when I read last year’s epic release, Deep Silence, which was among my top 10 reads of 2018.  Deep Silence was the 10th book in the series, and its clever writing, over-the-top elements and outstanding audiobook adaption made me immediately go back and check out the first book in the series, Patient Zero.  I found Patient Zero, with its focus on weaponised zombies, to be just as entertaining as Deep Silence, while also serving as an amazing start to the series.  Because of how much I enjoyed Deep Silence and Patient Zero, I decided to check out the other books in the Joe Ledger series as soon as possible.  The Dragon Factory is the second book in this series, and it continues the epic adventure started in Patient Zero.  Featuring excellent antagonists, fun new elements and a killer storyline, The Dragon Factory is an amazing book which I experienced in its audiobook format.

Having read the first book and the latest book in this series before reading this second instalment gave me an interesting insight when it came to reading The Dragon Factory.  While Patient Zero was a great book, I felt that The Dragon Factory is the book in the series where Maberry really hit his stride.  I found that this second book contained a much better combination of character focus, humour, intense action and the books fantastic science fiction elements.  The overall story of The Dragon Factory was absolutely incredible and extremely compelling, allowing me to rush through this book in no time at all.  I loved several of the twists that Maberry inserted into this book, although I did see the book’s big plot development coming from some distance away.  However, knowing it was coming did not lessen the impact for me, and it represents some amazing writing from the author.  There was a lot less horror elements in The Dragon Factory than the other Joe Ledger books I have read, but it still contains a healthy dose of mad-science elements, and I loved all the scientific discussions included throughout the book.

One of the best things about the Joe Ledger series is the wide range of viewpoints that the author employs to show the protagonist’s actions and to highlight the plots, schemes and planning of the various antagonists.  This allows the reader to get a much more widespread view of the various actions being taken by the book’s various characters, and the reader gets to see events that happened weeks before the book’s main storyline at various points throughout the narrative.  Maberry uses this to particular effect in The Dragon Factory, and it enhances many of the books various story elements.  I also loved how each of the main story chapters had a timer at the top counting down how many hours were left on the Extinction Clock.  I thought this was an extremely clever literary device that served at least two purposes in the book.  Not only did it add a real sense of dread to the story as the countdown leads closer and closer to a devastating event but it was also useful in highlighting the chronological order in which some of the chapters occurred, which was extremely useful during some of the later action sequences.

One of the most entertaining parts of The Dragon Factory was the amazing new villains that Maberry focused on.  In this book the protagonists find themselves up against two sets of geneticists, each with their own specialities and goals.  As the story progresses, the reader gets a deep understanding of both groups’ motives, plans, creations and the various moves and counter-moves they make against each other and the DMS.  Watching the two different groups attempt to attack or manipulate their rivals is an intriguing part of the plot, and it was fascinating to see the impacts the protagonist’s actions had on their villains schemes and overall plans.  Having geneticists as the villains not only allowed Maberry to create a series of memorable and destructive creatures for the protagonists to fight but it also added some very fun edges to the conflicts between the rival villain establishments.  While the motivations of one group are quite a basic, the motivations of the other group are very over the top, and the full list of their fictional crimes is quite insane.  I honestly laughed out loud when certain details about this group were revealed towards the end of the book, but it was an extremely out-there twist that I loved so much.  Maberry does a really good job of fleshing out all the main antagonists, which I think helps create a much richer and more enjoyable story.

Maberry is a bit of an action fanatic, so those readers who are looking for some fictional fights have come to the right book.  There is a huge range of different action sequences throughout this book as the DMS and the two rival groups of evil scientists unleash their forces against each other.  I am always amazed at the level of detail Maberry is able to convey in his action sequences, as he paints a vivid picture of the combat while also discussing the various tactics and techniques behind them.  For example, when the main protagonist engages a skilled opponent in an epic knife fight, not only does the reader get a great description of the battle that’s taking place but they also get an understanding of the various moves being utilised and the advantages and disadvantages of the different knives.  I really enjoy the way that the author goes into the psychology of the fight, and it really shows how much research and thought has gone into these sequences.  The genetically enhanced super soldiers and weird animal hybrids are pure fun, and provide the reader with some extreme and wildly entertaining pieces of violence.  An easy choice for any action junkie, you will not be disappointed with this read.

Joe Ledger continues to serve as a fantastic protagonist for this series, and I love his uber-sarcastic personality.  Ledger is the only point-of-view character whose chapters are told from the first person perspective.  This is an interesting differentiation which highlights Ledger’s importance to the plot and helps showcase his fighting ability.  Ledger, like Maberry, is a martial arts enthusiast, and the author uses his character’s first person perspective to really show off his fight scenes and show the devastating fight moves that he can perform.  The first-person perspective also allows Maberry to explore the unique psyche of his protagonist, as Ledger’s mind is broken up into three separate personalities following a traumatic event in his childhood.  This has always been an interesting character trait for Maberry’s protagonist, but it was especially intriguing to see how Ledger and his mind react to certain traumatic events that occurred in this other book.  Mr Church continues to shine as the best secondary character in this series, and his calm persona, mysterious past and the sheer badassery that comes off him are absolutely amazing.

Without question, the best way to check out The Dragon Factory is in its audiobook format, which goes for a very enjoyable 16 hours.  The main reason for this has to be the incredible narration from Ray Porter, who has narrated all the books in the Joe Ledger series.  The narration a great way to absorb all the action, plots and science, and Porter does an amazing job of vocalising all of the characters, especially Ledger and Mr Church.  I loved the way that Porter was able to capture Ledger’s sarcasm and humorous edge for most of the book, and then turning on a dime to capture the harder and more vicious parts of the character when he gets enraged or upset.  The voice work on Mr Church is once again exceptional; every time he voices the character I can almost see the calm and mysterious figure, and I love how Porter makes him sound like a cross between Tom Hanks and JFK.  This is some first-rate voice work, and I find it adds an incredible amount to this excellent story.

After absolutely loving Patient Zero and Deep Silence I never once doubted that I would enjoy The Dragon Factory.  I was amazed by how much fun I had with this book, which I found to be insanely addictive and near impossible to stop listening to.  Featuring all of the elements of this series that I already loved, as well as some outstanding new features, this was an insane read that I cannot recommend enough.  Without a doubt this needs to be experienced in its audiobook format, and Porter has to be one of my favourite audiobook narrators at the moment.  I am already planning to dive into the third book of this series, so keep an eye out for my review of it in the next month. 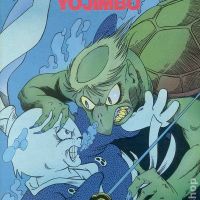 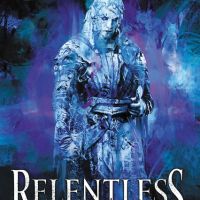 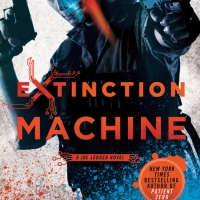 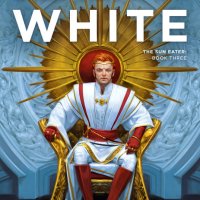