Welcome to my weekly segment, Waiting on Wednesday, where I look at upcoming books that I am planning to order and review in the next few months and which I think I will really enjoy.  I run this segment in conjunction with the Can’t-Wait Wednesday meme that is currently running at Wishful Endings.  Stay tuned to see reviews of these books when I get a copy of them.  In this latest Waiting on Wednesday I check out the next upcoming entry in one of my favourite historical series, Death to the Emperor by Simon Scarrow.

Each year I am lucky enough to get my Roman fix with an awesome novel from one of the leading historical fiction authors Simon Scarrow.  Scarrow, who has written several great historical series and standalone novels in his career (for example the World War II thriller Blackout), is best known for his Eagles of the Empire series.  Set during some of the most turbulent years of Roman history, the Eagles of the Empire series follows Prefect Cato and Centurion Marco, two elite Roman veterans as they traverse Rome’s provinces, fighting its many enemies.  I have been a major fan of this series for years, having read all the current entries (check out my reviews for The Blood of Rome, Traitors of Rome, The Emperor’s Exile and The Honour of Rome).  As such, I am always very excited when I find out about the next thrilling entry in the series, and it looks like I don’t have too much longer to wait.

The next book in the series will be the cool sounding Death to the Emperor, which is set for release in November.  The 21st entry in this long-running series, Death to the Emperor will continue storylines set up in recent novels after Cato and Marco returned once again to Britannia, the province they fought to capture in their first campaign together.  This time, the two veterans, both of whom are currently hiding out from Emperor Nero (Cato has secretly spirited away Nero’s former mistress and is hiding her), will be dragged into another deadly conflict against the tribes of Britannia.

For the synopsis below, it looks like Death to the Emperor might serve as a prelude to Boudica’s uprising, perhaps featuring the earliest salvos.  If that is the case than it will be interesting to see the war unfold from the protagonist’s eyes, especially as both Cato and Marco have a long history with Boudica.  No matter what, I already know I am going to have an amazing time with Death to the Emperor and it will no doubt be one of the more exciting and action-packed novels from the second half of 2022.

AD 60. Macro and Cato – two battle-scarred heroes of the Roman army – face tribal uprisings and battles to the death with unmatched courage in barbaric Britannia.

The hard-won province of Britannia is a thorn in the side of the Roman Empire, its tribes swift to anger, and relentless in their bloody harassment of the Roman military. Far from being a peaceful northern enclave, Britannia is a seething mass of bitter rebels and unlikely alliances against the common enemy. Corruption amongst greedy officials diverts resources from the locals who need them. For the military, it’s a never-ending fight to maintain a fragile peace.

Now it’s time to quell the most dangerous enemy tribes. Two of Rome’s finest commanders – Prefect Cato and Centurion Macro – are charged with a mission as deadly as any they have faced in their long careers. Can they win the day, or could this be the last battle?

A stunning and unforgettable story of warfare, courage and sacrifice as brave men face an enemy with nothing to lose . . . 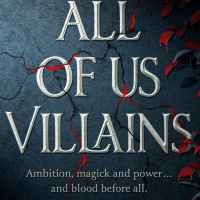