Top Ten Tuesday is a weekly meme that currently resides at The Artsy Reader Girl and features bloggers sharing lists on various book topics. This week participants get an Audio Freebie week, so I get to choose any audiobook topic that I want.  Regular readers of my blog will know that I love audiobooks, so I was very keen to participate in this topic.  Because of some recent long books that I have read and listened to, I have gotten very curious about the top ten longest audiobooks I have ever had the pleasure of listening to.

Therefore, I have decided to go back and list of all the audiobooks I have listened to and their run times to see which ones were the longest.  For consistency’s sake, I will use the run times as stated on either Audible or Amazon, and I will only use the versions and narrators that I listened to.  For example, I have only listened to the Harry Potter audiobooks narrated by Jim Dale and not the Stephen Fry versions, which are apparently longer, so I will therefore list the run times for the Jim Dale versions.

I am very curious to see what makes up my Top Ten List.  I have an idea of what will be at the top, but I am expecting quite a few Harry Potter books in the top ten.  Let us have a look:

1. The Way of Kings by Brandon Sanderson, narrated by Michael Kramer and Kate Reading – 45 hours and 48 minutes 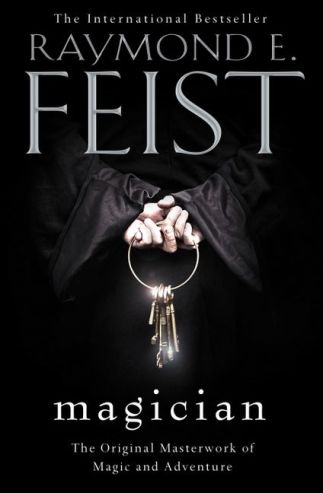 Technically two books combined together (Magician: Apprentice and Magician: Master), but as I will always listen to them together, I am counting it as one book. 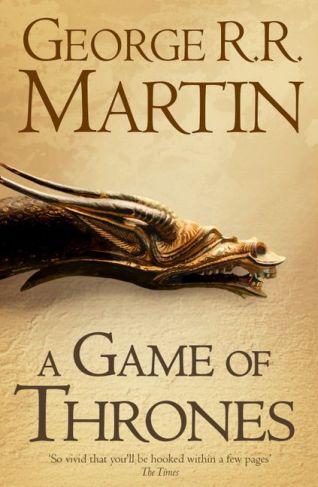 5. Mistress of the Empire by Raymond E. Feist and Janny Wurst, narrated by Tania Rodrigues – 32 hours and 1 minutes 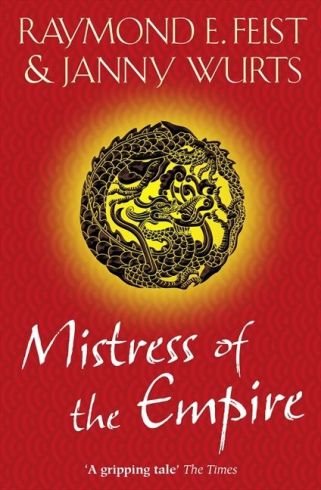 7. Servant of the Empire by Raymond E. Feist and Janny Wurst, narrated by Tania Rodrigues – 30 hours and 42 minutes

9. The Name of the Wind by Patrick Rothfuss, narrated by Nick Podehl – 27 hours and 55 minutes

10. Harry Potter and the Order of the Phoenix by J. K. Rowling, narrated by Jim Dale – 27 hours and 2 minutes

This was a very surprising result for me.  While I was expecting books such as The Way of Kings and The Wise Man’s Fear to make the cut, I really did think that Order of the Phoenix would be higher up on the list.  I was also very surprised that two books from Feist and Wurst’s The Empire Trilogy made the list, and I really did not think that Inheritance and Brisingr were that long.  Still, it’s a good result, which I have no doubt will change in the future, especially as some of the books I am keen to listen to, such as The Ember Blade (30 hours and 40 minutes long) would make it onto this list, knocking Order of the Phoenix off.  I am sure that with a different narrator or production company, some of these audiobooks would be longer or shorter; still, it was quite interesting to see.

As a bit of bonus material, and because I already had the run times listed, here are the next top ten books as an Honourable Mention.

12. The Republic of Thieves by Scott Lynch, narrated by Michael Page – 23 hours and 43 minutes

14. Before They Are Hanged by Joe Abercrombie, narrated by Steven Pacey – 22 hours and 38 minutes

15. The Blade Itself by Joe Abercrombie, narrated by Steven Pacey – 22 hours and 15 minutes

16. The Lies of Locke Lamora by Scott Lynch, narrated by Michael Page – 21 hours and 59 minutes

So that is where some of the other Harry Potters are.  With all 20 books being fantasy, I think it is obvious that I need to branch out into some longer books from other genres in order to break up this fantasy monopoly.  While I have reviewed some of the books on this list, I am planning to get to the rest at some point in the future.  However, I think most of those require a re-listen before I am able to do proper review of them; now I just have to find the time to fit them into my reading schedule.  I was quite happy with the interesting result of this Top Ten Tuesday, and I will have to revisit this list at some point in the future.  Feel free to comment below about the longest audiobook you have ever listened to. 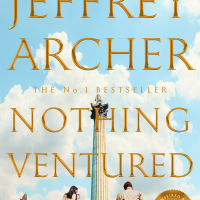